All you need to know ahead of our chat with new UK singer Blithe is that she wants to erase the basics and reiterate that ‘pussy is God’. She’s bold, outspoken and authentic – what we need from our pop stars in 2018.

SheBOPS: You’re a new addition to the crayon box. Which color would you be and why?

Blithe: Can I be an eraser instead so I can erase some of the basics?

What is your least favorite thing about humanity?

Why are you pursuing a career in music?

I never know how to answer this when people ask. It was what I wanted to do so I’m here doing it.

Did your upbringing influence your relationship with music at all?

I wanted to escape. A lot. I wanted to be bigger and better all the time and was constantly looking for ways to do that. So… yeah, I guess that could be said about my approach to music and the industry.

It’s fun, dark, sex-oriented and I’d like to say bold. 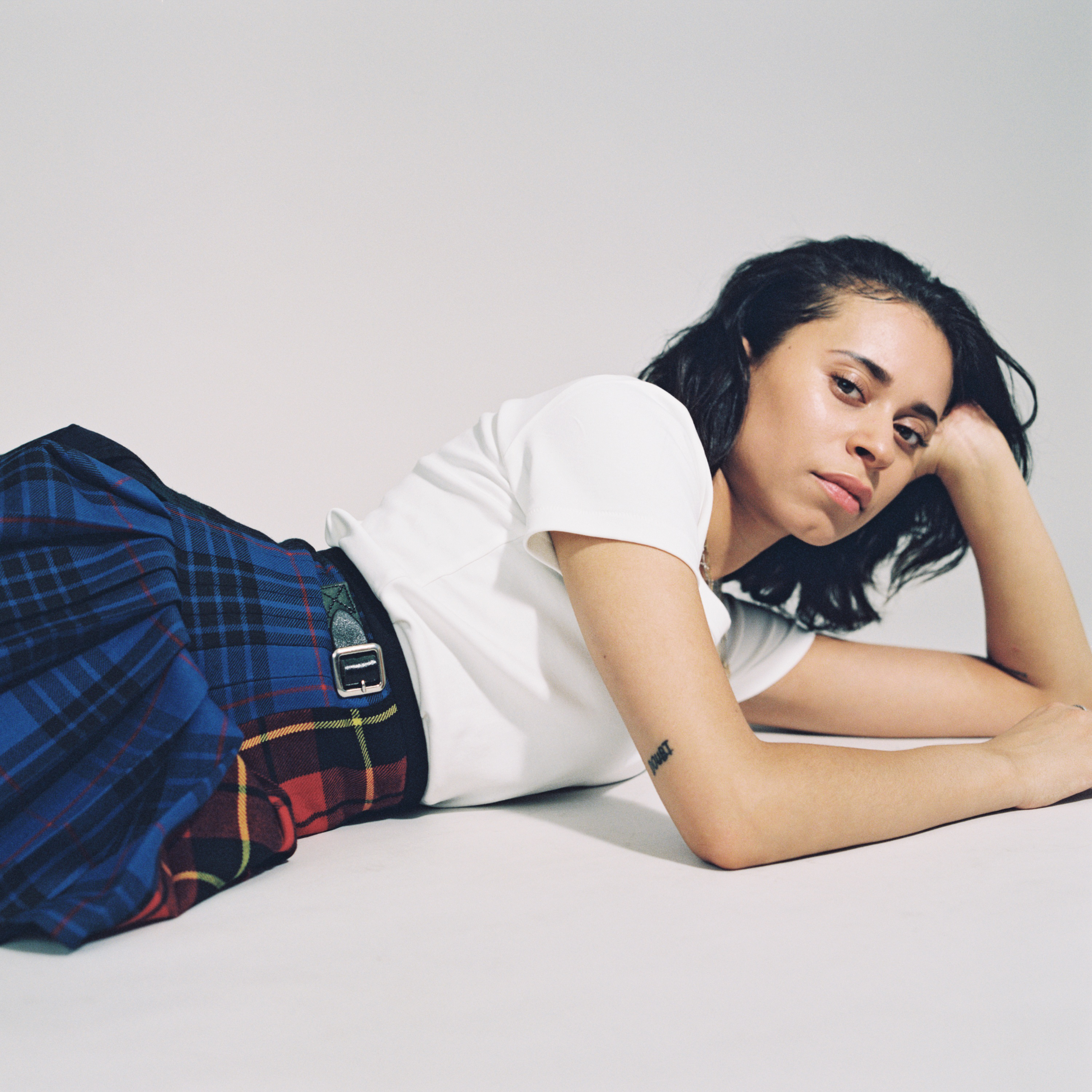 Was ‘Mission’ the obvious choice for your first single?

No. We spoke about a lot of different options, but in the end we decided to come out of the gate with a song that says exactly what I stand for, rather than a song about heartbreak and sex, drugs & rock n roll or whatever it is that I make songs about.

You told PopJustice you were brought up by your mom on “Mariah, garage, and mixtape CDs she got off her mates” – would you say the streaming era has changed that part of music culture?

I have no idea what’s going on most of the time with the way music is consumed because it’s moving so fast and there’s so much more of it. I think there was something a lot more romantic about music and the way people shared and listened to it years ago… and I think more so the further back you go. Now, songs are in and out of my playlists so quick it gives me whiplash. You definitely appreciated the music you had when you only had the same four CDs to play in the car over and over.

So many artists say they are a certain way or stand for certain things, but then rarely materialize that in their lyrics. However, based on your PopJustice chat, ‘Mission’ sounds like an accurate representation of your personality. How important to you is it that your values are reflected in your lyrics?

It is literally the most important thing. My music is my diary. It keeps me in check with myself. I wanted to make my own music because I had a lot to say and I needed to channel it. Not every song of mine is deep and has a huge message but every word I sing has to be true to me. If I were to hold back, I would be lying to myself and I just wouldn’t play myself like that.

Your second single ‘Bad Habit’ deals with addiction in love – is it scary being so publicly vulnerable and expressive of your thoughts and feelings?

Being vulnerable is so empowering. There’s nothing sexier than honesty. I also find it easier to address my problems to an audience rather than keeping them to myself or talking one on one. It’s like my own personal group therapy.

In your opinion, what is the biggest challenge new artists in this generation are facing?

I have no idea. If you find out, please let me know.

Do you think the music industry places a high value on physical appearance? Does that bother you?

I think it matters less now more than ever. I personally couldn’t give a shit anymore. The appeal with musicians is seldom based on their appearance. It’s about how you express yourself. I used to make such a fuss with makeup and hair and blah blah and now I don’t have the energy to care unless I’m doing it for a reason that I see fit. The music should do the talking.

I love Billie Eilish so much it ruins my life. She’s deep as hell. I also have a lot of time for King Princess and Jessie Reyez. 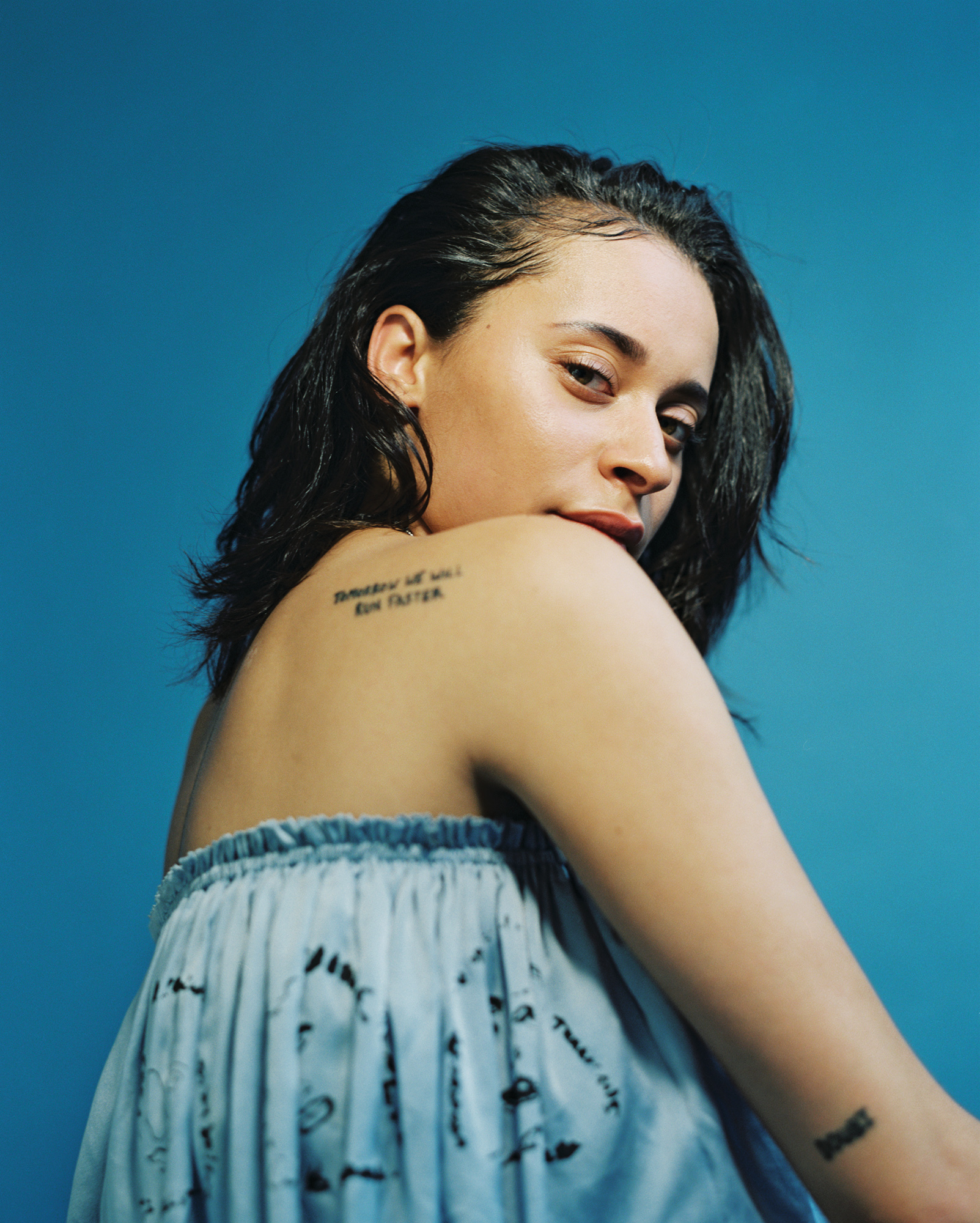 How do you feel about the representation and portrayal of female musicians, especially in the UK? Is there anything that you’d like to change?

I’m not sure if this is the way they’re being represented or how they represent themselves, but I wish they had more to say. And if they do have something to say, I wish they’d say it. If someone is stopping you from saying what you need to say, girl… blink twice if you need saving.

A shorter list would be what doesn’t frustrate me about the music industry. I love being a woman, but I don’t like stigmas and expectations that people still try to put with that. I’d rather die. Thank u, next.

I have no idea what’s up with everyone else but here’s my number one issue: 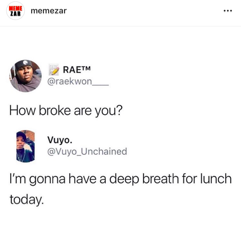 Do your shit. Don’t let people treat you like you’re less than. Make yourself heard. Don’t be afraid to speak your mind in your music and your life. If you wanna sing about fucking hoes and popping pillies – just fucking do it, man. It’s 2018. Pussy is Goddddd.