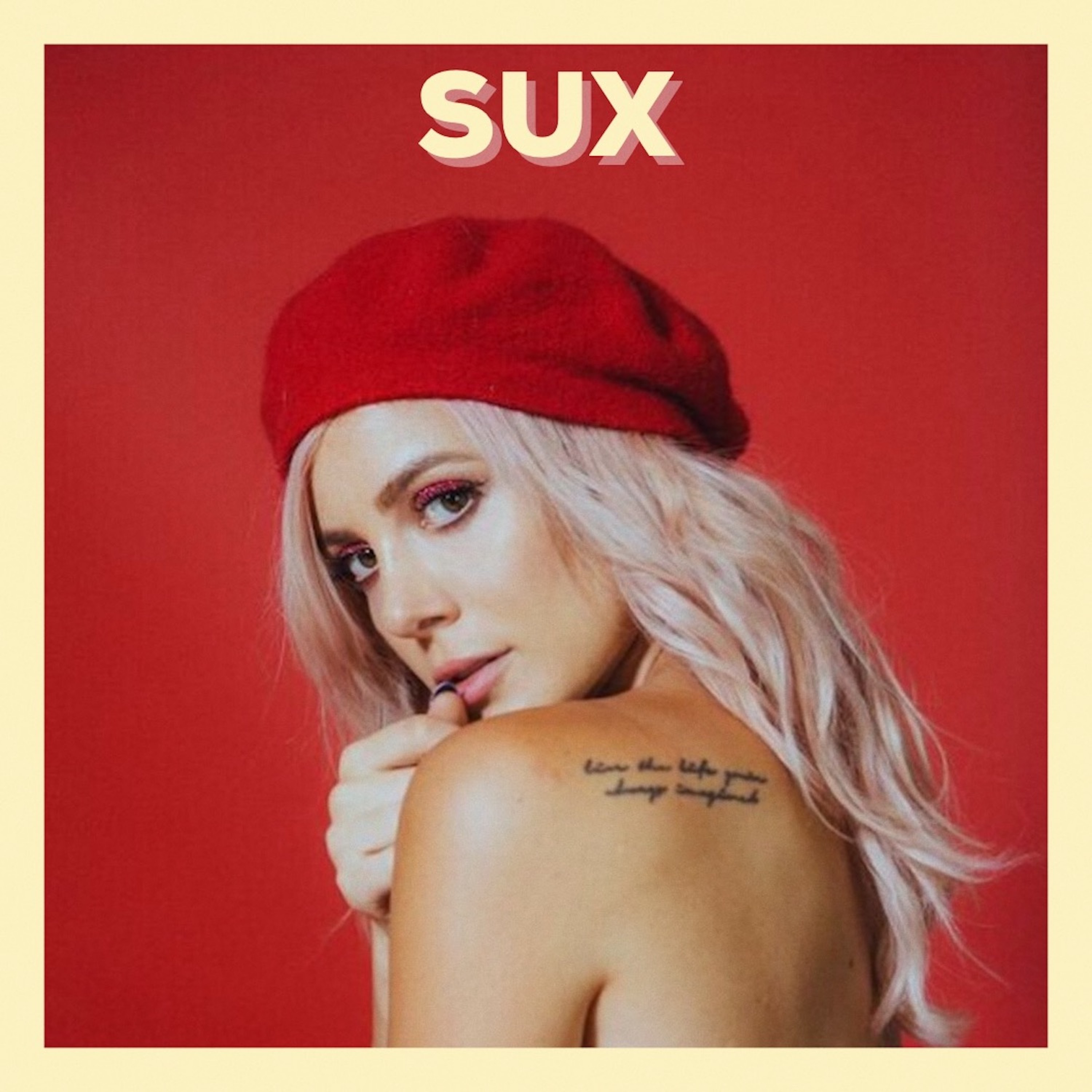 Electro-pop chanteuse Carla Cappa, aka CAPPA, returns with yet another banger.

‘Sux’ is the Nashville-based artist’s second single in 2018, following the release of ‘Tension’ in June. “You’re at a party, don’t want anybody, because everybody else sucks” she sings over the bouncy, vibrant and sassy breakup banger which begs for you to blast on repeat.

CAPPA broke onto the scene with her self-titled EP in April 2015; her debut single ‘Hush’ premiered on SPIN and was labeled as “equal parts Grimes, Max Martin and PC Music.” CAPPA’s second EP, Queen of Hearts, was shared in 2016 and was followed by her first US tour. The singer has been building on the momentum from her previous bop ‘Waste My Time’, which she dropped in 2017 via an exclusive premiere with Billboard. The emerging popstar has repeatedly been championed by tastemakers such as V Magazine, Glamour, SPIN, Noisey, NYLON and EARMILK and her songs have been synced in ads for Victoria’s Secret, Bumble, Under Armor, Journeys and can be heard on in-store playlists for Urban Outfitters, H&M and Forever 21 – after dropping bop after bop, world domination is clearly imminent for CAPPA!

I usually just try to write what I am going through and hope the listener relates! I think it’s always best when you’re telling a true story. I just hope it’s always empowering.

Do you have a favorite lyric from your new single ‘Sux’?

“Say you wanna be alone, talk to God and other girls” is my favorite line from it because it just sums up what happened in my past relationship really well.

What was the biggest difference in terms of writing and recording your newest project compared to your previous music?

It’s just been a lot more fun! I’m writing about what I want to and having fun with it.

How important to you is it that the values you communicate through interviews and across your socials are reflected in your lyrics?

I think it’s super important and just part of being a true artist. I try to not say or do things that I don’t agree with or relate to personally, even if I know they could get more popularity. I do music because I need to and just hope people relate to me and my message.

It took me a little while, but I really like Billie Eilish’s last few singles. I also like what she stands for. Tove Stryke is my current favorite.

I think the last year has been great for female musicians in music with a lot of women in the industry standing up for what they believe in. There is definitely still a double-standard, but I see changes and that makes me hopeful.

Definitely. There’s a double standard for sure. I try not to focus on that though. People will treat you badly if you let them and I am all about not letting that happen.

Sometimes I think men are taken more seriously. It also seems like there is more acceptance of male artists where as female artists tend to get lumped into “female fronted pop” as a genre far too often.

Yeah that’s definitely one of my biggest frustrations with it.

Don’t take shit from anyone. You also don’t need to flirt to get anywhere – talent speaks for itself.

It’s a long road but it’s worth it! You will have to work harder than you’ve ever thought though!

It’s tough and takes a lot of experimenting with what works for you. I think sync can be a great outlet for recording artists and live touring if that’s an option for the artist.

I like how it’s easy to be in touch with fans nowadays. There’s not as much as a separation as there used to be. I also love that you can be in control of your own career now.  If you want to do it, you can make it happen – which didn’t use to be the case in the past.

There will be a remix of ‘Sux’ coming out in the next few weeks! And then I have a bunch of new singles lined up leading to an EP next year.