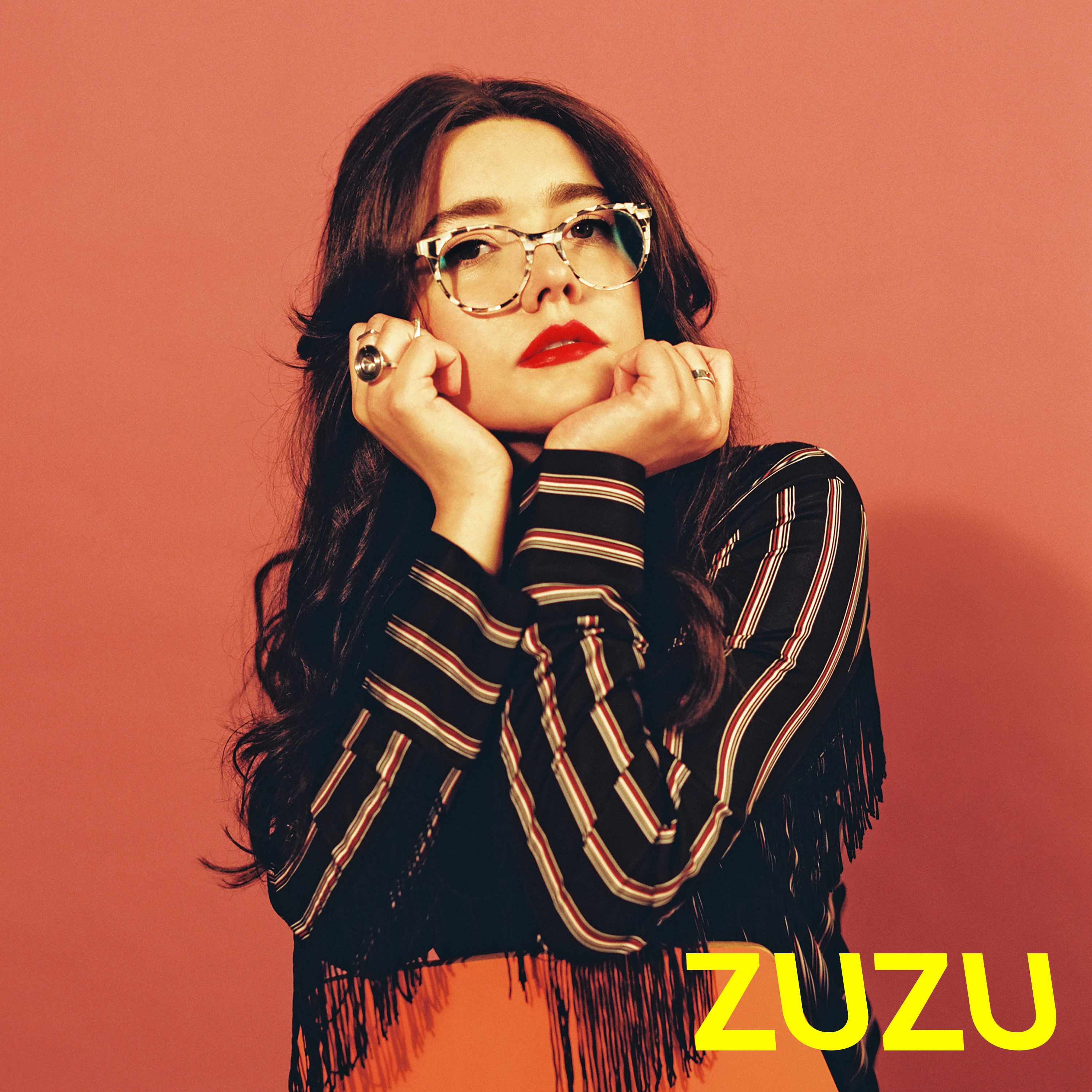 Assimilating the noisy spirit, swagger and pragmatic nature of her hometown of Liverpool, Zuzu Stranack is making waves in the alternative pop scene.

Bursting into the stratosphere in 2015 as a relative unknown – not disclosing either her full name or background – Zuzu played a scuzzy, fearless slot at the FestEvol emerging artists festival in August of that year. In a matter of months, she had secured a support slot for Courtney Barnett at the O2 Academy in London. It wasn’t until 2016 that the young vocalist and illustrator released her gnarly debut single ‘Get Off’, which satisfied the itch we’d needed scratching since Barnett herself first stepped onto the platform.

In her very own uniquely morose yet upbeat way, Zuzu toys around with apocalyptic notions and the ultimate downfall of planet earth as a result of us delightful humans, with a strong climate change angle. None of her singles evokes this more than ‘Dark Blue’; a gaudy display of twangy guitar pop interwoven with no-nonsense lyricism. “I worry about the state of the planet a lot,” Zuzu told us after the release of the new single. “Quite often I feel helpless about the situation, as if all efforts go to waste when you see the statistics, so I wanted to write something to express that.”

To accompany the expressive single, Zuzu and creative director Rafe Jennings concocted some serious Clangers/Doomsday Preppers-inspired visuals, with real depth in its cinematic quality. An illustrator herself, Zuzu takes inspiration from two immortal kingpins in the surrealist art world: “What I love about both Wes Anderson and Tim Burton is they both create their own worlds within their films and it never breaks,” Following in their footsteps is the visuals for ‘Dark Blue’, while from the outset looking like its own dystopian version of The Clangers, it is “conscious of colour and continuity…to attempt to achieve that surreal look.”

While music has taken the priority as Zuzu’s main creative outlet, she’s also a keen illustrator, enjoying falling head-first into worlds of her own creation. However, touring is an all-encompassing business and while she doesn’t have the luxury of free time to dish out 50-page illustrated novels just quite yet, she’s finding a happy bridge between her two artistic mediums. “Recently I’ve been doing portraits for people that have supported me with my music, whether that’s DJs, band members, a kid at a gig or my mam!” I’m guessing she’s got a pretty long list of portraits to get working on too, after monumental support from critics and music fans alike.

After signing to Virgin EMI Records earlier this year, Zuzu released her debut four-track EP Made on Earth by Humans which roots even further inside the labyrinthine discussion of climate change, the end of the world and whether supernatural beings really do exist. A self-confessed sci-fi nerd, the sounds on the EP and intelligent distortion of electronics produces an out-of-this world result. While ‘All Good’ analyses the psyche of everyday people through thronging, psychedelic guitars, ‘Beauty Queen’ pulls at the fraying hem of the patchwork cover of delectable Brit-pop meshed together with anthemic, indie rock drums. “I’ve been really lucky that the people around me are so supportive in trying to make my vision come to life!” Zuzu exclaims when I ask whether she ever feels pressured to contain her multitude of sonic and illustrative influences into a particular mould.

Women in the music industry, in particular under control of a big label, are sometimes boxed into one specific genre, style, or appeal for their target audience. However, going at it alone can put up just as many barriers. “The music industry is frustrating for everyone,” Zuzu explains. “I work really closely with my guitarist Kurran (Munkey Junkey) who is also an artist and it’s just as difficult and frustrating for him [as it is for a woman]. We’re all the same and we have to work together.”

Working closely with her guitarist-cum-producer Kurran, Zuzu’s sound takes its listeners through all kinds of wonderful twists and turns. But it’s the rich pragmatism and DIY attitude – inspired by women “grafting for their art”, like woozy indie-pop artist Lauran Hibberd and fellow Merseyside mould-breakers Queen Zee, and her bandmates Julia and Lisa – that really packs her tunes with a proper Northern punch.

There’s no doubt we’ll be hearing the name Zuzu a lot more in the coming months, and we’re 100% ready for it.