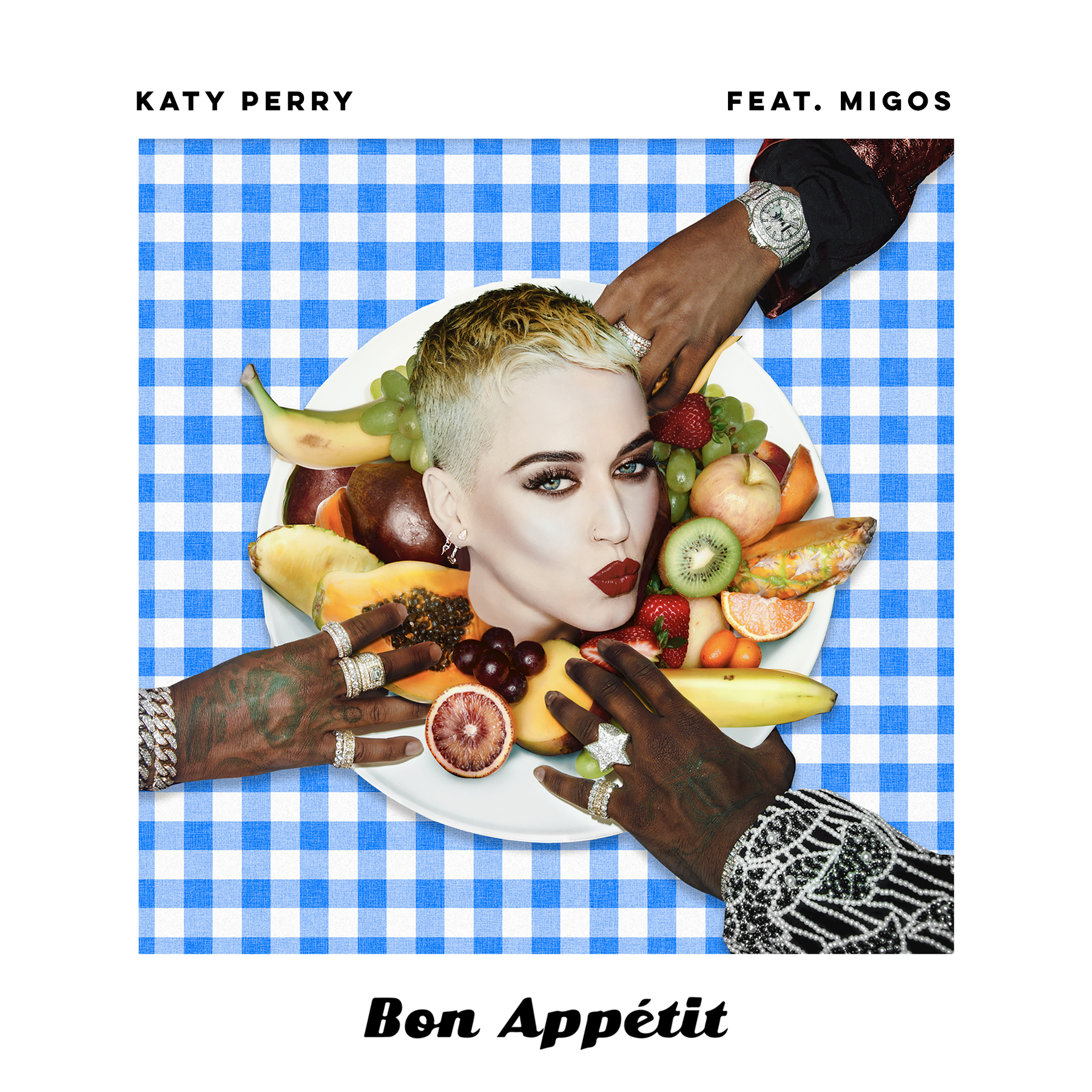 Katy Perry has left a sour taste in the mouths of many Katycats after finally serving her heavily anticipated single, “Bon Appétit”.

The food-porn bop was first teased by Katy at the Grammys, where she announced that “Bon Appétit” is “pretty sexual”. Lyrics like “got me spread like a buffet” and “eat with your hands, I’m on the menu”, which the singer teased in her recipe for the world’s best cherry pie, show that the good sis was not lying!

However, akin to Rihanna’s “Work”, Katy’s second single from her upcoming album has polarized listeners. Reactions to “Bon Appétit” have been a mixed bag, with several fans commenting on social media that the track felt half-baked after the politically charged, 80s-tinged “Chained to the Rhythm”. A lot of the disappointment stems from the emittance of pint-sized powerhouse diva Ariana Grande, in favor of rap’s homophobic flavors of the month Migos. Ariana was widely expected to be a featured artist on the track after the two dropped a few breadcrumbs on social media. Unfortunately these turned out to be red herrings, after it was disappointingly announced just ahead of release that the song’s featured artist would actually be Migos. Hundreds of fans bombarded Katy on Twitter demanding for an explanation for why Ariana had been cut, to which Katy replied that, while she “LOVES ARI”, that rumor was simply “fake news baby. Live and learn.” Queen of teaching us lessons.

The negative reception definitely got through to the pop icon though, after she was seen fighting back tears during an Instagram Live session. In a seeming act of redemption, Katy’s blubbering appearance swiftly prompted the hashtag #WeLoveYouKaty to start trending worldwide.

The backlash is honestly kind of confusing, because the song is one of Katy’s most sonically pleasing offerings to date. “Bon Appétit, baby” she moans over bouncing, 90s-dipped synth stabs spread over trap sounds, before rising to an aggressive dance beat coated with glistening pads. As Katy herself explained, “Bon Appétit” really is “that good old Katy Perry fluffy stuff that you love so much,” so it’s hard to understand why her fans have dragged it so fervently.

Either way, “Bon Appétit” is a guaranteed smash and will surely be unavoidable over the summer.