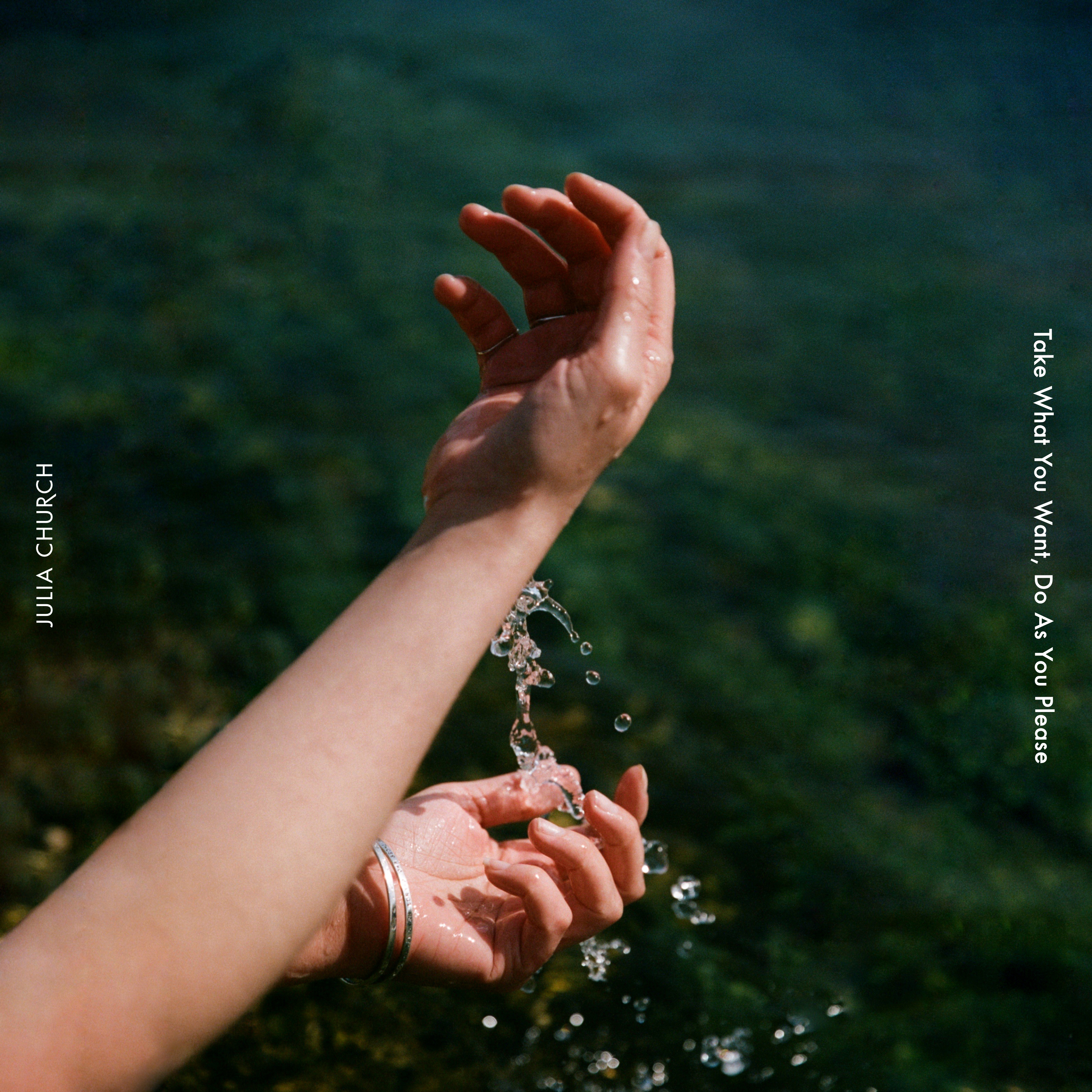 After consistent grinding, hotly-tipped South African newcomer Julia Church finally shares her debut EP Take What You Want, Do As You Please.

Julia has been making her mark throughout 2019 with her own distinctive style, an unforgettable blend of honeyed vocals and soothing sounds. Notably, Julia’s tracks have all been written and produced by herself and her talent has seen her work in a one-on-one songwriting session with none other than Sir Paul McCartney – iconic indeed!

She’s also performed at some of London’s most prestigious venues and supported acts such as Goldfish (Electric Brixton), GoodLuck (Bush Hall), soul diva RuthAnne (The Old Church) and Lauren Daigle (O2 Islington). Her introduction to the industry saw her feature on a number of international dance hits which garnered millions of plays at the age of 17, while performing on global stages. Now with her own collection of tracks, Julia’s ready to take the world by storm and she is definitely one to watch.

To celebrate the EP, we chat with Julia about representation, inspirations and challenges.

I’m a keys player, so naturally I love a beautiful piano sound. I always like to combine the more organic instruments like a real piano and acoustic guitar with processed synths and drum sounds. I think it’s important for me to always have a “real” element in there somewhere.

I hope it makes people feel understood. Music is so powerful in the way it unifies people and gets us thinking, “shit, I’m not the only one who feels this way!”

Finishing the songs! I start writing new music constantly and the excitement of a fresh idea often overrides the eagerness of finishing an older one.

I’d be lying if I said I didn’t have days where I felt overwhelmed and apprehensive about being an artist but I have honestly never seriously considered a career in anything else. I committed myself to music a long time ago and I couldn’t imagine spending my time in a different way. I think those moments of doubt are unavoidable as a creative and they shape us into stronger people when we work through them.

I think it’s so much better than it used to be, but we still have a long way to go. There are much higher expectations from women, apart from writing great music, that men just don’t experience in the same way, such as the big emphasis placed on our appearance. Women should celebrate their bodies and their sexuality for themselves and nobody else, especially not the powerful men that still dominate the industry. I think that the increase of women empowering other women has been a huge step in the right direction.

The most frustrating thing has got to be the reaction I get from people when I tell them a song of mine that they like was produced by me. I find it offensive that people have this presumed understanding that producing is something I am incapable of as a woman. Also, why does that make me a “female producer” rather than a “producer”? We don’t say “male producers”, do we?

What challenges do you think female musicians are facing today?

Being heard. I have often felt overshadowed by the men in the room during writing sessions, especially if there are two or more men. I consider myself to be a confident writer, but it is always such a knock on my confidence when I feel like I have lost my voice on account of male dominance and that’s why I love co-writes with other females in the room.

Chinchilla is great, she has such unique vibe and stage presence and her voice is so powerful. Ruby Duff is another one, she’s just released her debut single “Moon and Back” and I’ve had it on repeat. Also, they’re not up and coming but I am all over Maggie Rogers and Sigrid right now. Two exceptionally talented women who I take a lot of inspiration from.

Be sure that this is what you want as it isn’t something that you can do half-heartedly. Turning my passion into a job sometimes feels like I have partially lost my emotional outlet and the escape that music has always provided me. It now serves a professional purpose in my life and I do struggle with that sometimes.

I like to think that there is room to grow and more to learn in every aspect of my career, and each performance and writing session adds something exciting to my journey as an artist. I think the main thing for me has to be production. It’s something that I think I will forever strive to be better at and I can feel myself developing as a producer with every song I create.

Loads of new and exciting music! My debut album will be out in the spring of 2020, which I am SO pumped about. I will also be producing it myself, which makes it even more special.