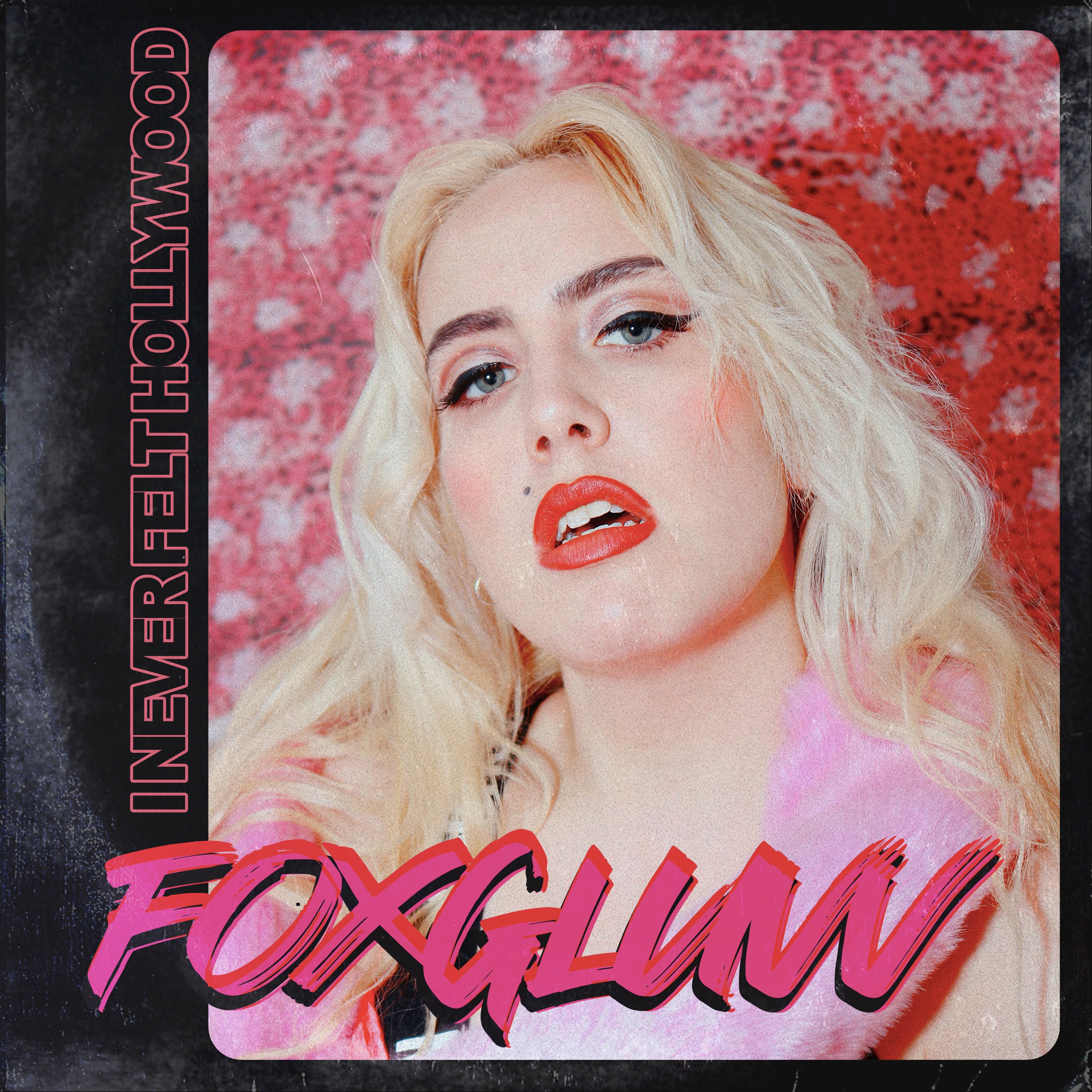 We adore Foxgluvv. We adore her so much, in fact, that this is the third time we’ve interviewed her. She’s an unapologetically queer pop artist, and she’s gone from strength to strength since dropping her hungover-pop anthem ‘Crush’ in 2017.

Two years later, the artist is finally ready to present her first body of work: I Never Felt Hollywood. The EP is a glamorous collection of Foxgluvv’s signature pop sound, and is her story of growing up as a queer woman.

To celebrate, we chat with the emerging artist about her inspiration for the EP and why queer representation is as vital as ever in 2019.

“I’m tough, I’m ambitious, and I know exactly what I want. If that makes me a bitch, okay.”

My recently played list on Spotify consists of Charli XCX’s album Charli, Lady Gaga’s most recent album Joanne and I’ve recently rewatched Glee, so I’ve been listening to a lot of the iconic covers from the show.

The toughest part of creating new music is definitely finding a way to transcribe your inspiration and turn it into songwriting. Sometimes it comes easily and we manage to get a first draft done within an hour, and other times it’s more of a journey and it can definitely be difficult and frustrating when you know what you want to say, but can’t find the right way to do it.

What is your message with your debut EP, I Never Felt Hollywood?

I Never Felt Hollywood is the story of my growing up as a queer woman, coming to terms with my sexuality and the personal growth throughout this journey. It touches upon topics like the lack of LGBTQ+ representation in the media, to suppressing my feelings as teenager and high school gossip, through to celebrating my queerness today!

Is there a lyric from the EP which is your favorite?

“I tried to think of forever being sad in the shadows of stereotypical pleasure,

I tried to ignore sunlight stained on my wall from trying to make it to Heaven”.

How did the EP come together?

I was writing the tracks during my MA in Songwriting and I could feel the meanings and emotions starting to flow and tell a story that I knew had to be represented in a body of work. My producer Scott and I then set out to make the EP perfect for my story and we wrote loads and loads of unused tracks before settling on the ones that made the cut.

What was the biggest challenge in terms of writing and recording the EP?

I’d say the biggest challenge I faced was deciding which songs to use and which ones weren’t right for the EP. I’ve wrote so many songs over the last two years that I love, but just didn’t feel right and it was difficult to make the decision, but I’m so happy with the final result.

You’ve been slogging away since 2017, but has there been a moment where you felt like giving up on music and doing something else?

That is an all too real feeling. I’ve wanted to do this for my entire life, so naturally there’s been ups and downs when I’ve contemplated if the struggle of being a DIY queer artist is worth it, but honestly, I think it is – and I am gonna work my ass off to get to where I need to be.

Have your views on the representation and portrayal of female musicians changed since we last spoke in 2017?

I definitely still think that there’s a long way to go before there’s gender equality in the music industry, but back in 2017 I was hopeful things would get better and they definitely have! There are SO many incredible female, non-binary and gnc musicians out there absolutely killing it right now, I’m excited for the future of pop.

As a queer female artist, is there anything about the music industry that frustrates you?

I find it very frustrating to see queer musicians not getting enough recognition for their work and to see heterosexual artists doing the same things and being praised for it – I just want to see more queer artists in the spotlight.

What challenges do you think queer musicians are facing today?

I think at the moment, we as queer people are facing challenges full stop. LGBTQ+ existences are being debated and threatened and we’re trying to thrive in a world that is going backwards. I want openly queer musicians now, more than ever, to be telling their stories and being unapologetic at all costs to show positive representation and strength.

What advice would you give to other women and queer artists looking to work in music?

My advice would be to stay true to the music that you get excited by, to write how you’re feeling and to never back down on your artistry and vision. You are in control of your own music and project and that is how it should be.

What’s the next step for you following the EP release?

Keeping it vague as always, if you want the answer to this question I’d say follow me on social media @Foxgluvv and maybe you’ll get a sip of this tea.