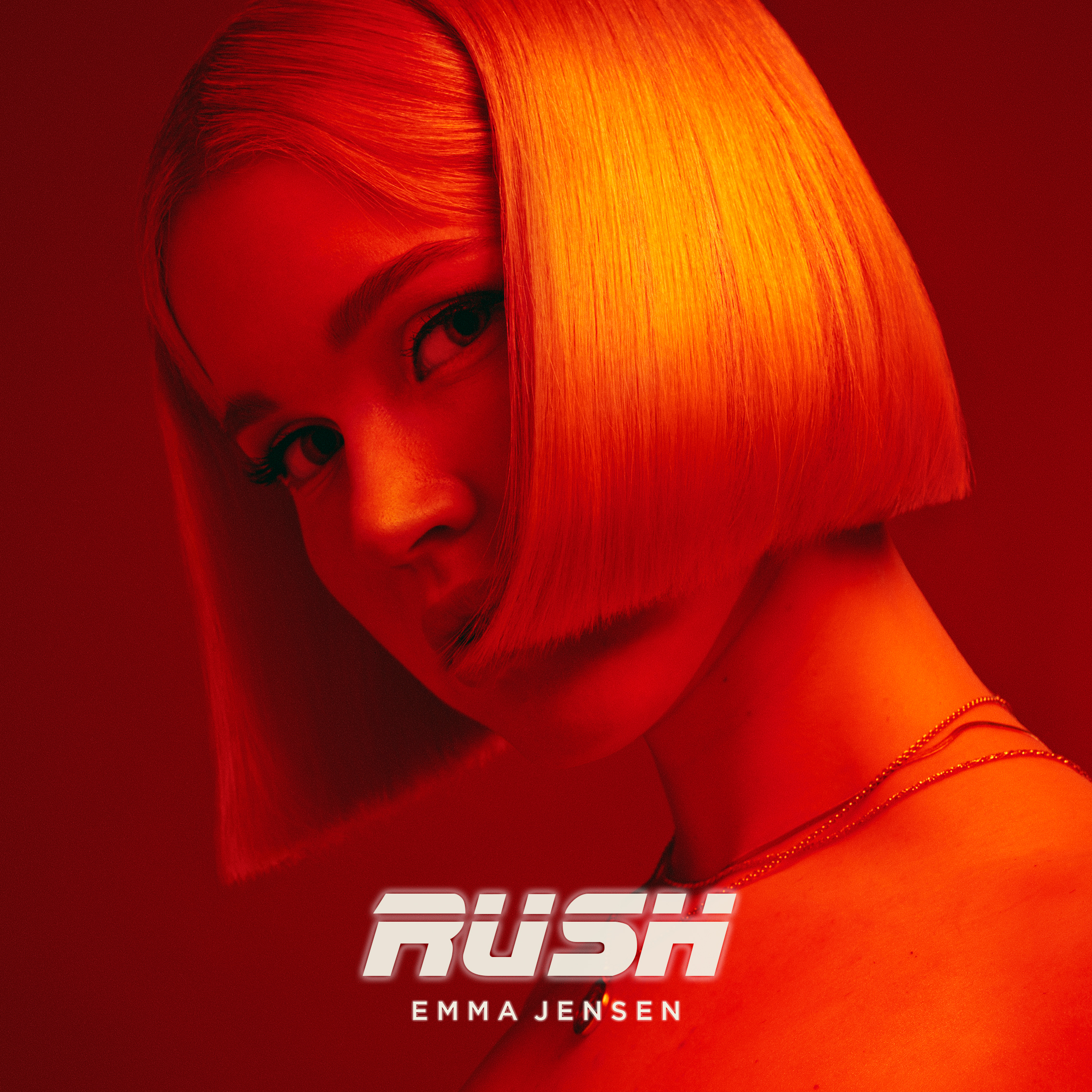 Norway never disappoints when it comes to cutting-edge new sounds and Emma Jensen is one of the latest names to emerge from one of the world’s biggest creative hubs.

With her trendy self-produced beats and even trendier 90s-styled looks, Emma got her start by learning how to produce her own music via YouTube tutorials. The 22 year old’s first single ‘Closer’ received rave reviews and millions of streams – the perfect platform for this DIY pop star to launch from. Following Emma‘s attack on mundane pop with the slick production of ‘Rush’, a huge pop number with traditionally catchy Norwegian melodies, she tells me all about the song’s meaning, her guide to being a DIY pop star and why she thinks the music industry is still “a boy’s club”.

SheBOPS: Could you tell us about one significant experience from your life so far which influences your music?

Emma Jensen: I would consider last year as being one big significant experience in my life so far. When I was younger, I was very insecure and shy about myself as a musician. I would go hide in my room to write songs and sing. Even in high school I would get super nervous if I had to perform in front of other people. All of 2017 was about stepping out of my comfort zone and learning to trust myself. Everything from releasing my first song to having my first studio session and performing live for the first time. It’s crazy to think about how much more confident I am with myself as an artist now and that definitely has influenced my music.

The color mint. It’s fresh, sweet, current and at the same time timeless. Who doesn’t want to be described like that?

You’ve been given an ostrich. You can’t give it away or sell it. What would you do with the ostrich?

Well, what can you do. I guess I would have kept the ostrich as a pet. I would just need a higher ceiling. They’re really intimidating though. I would be scared having to live with an ostrich…

You are from the lovely Norway, which is also home to several other prominent female figures in pop music today. Why do you think music by Norwegian/Scandinavian artists continues to resonate on a global scale with audiences?

I think many of the Norwegian and Scandinavian artists have a certain minimalistic pop sound that’s become popular internationally. We also tend to be very melody driven. I guess it’s in our blood. People speaking Norwegian often sounds like people singing, at least that’s what I’ve been told haha. Artists like Sigrid are opening doors for other Norwegian artists with her international success. Same with Astrid S. These young women inspire a lot of young female Norwegian artists and make them dream bigger. When you see Sigrid from Ålesund killing it live on Jimmy Fallon and Jimmy Kimmel, you get extra energy and motivation. 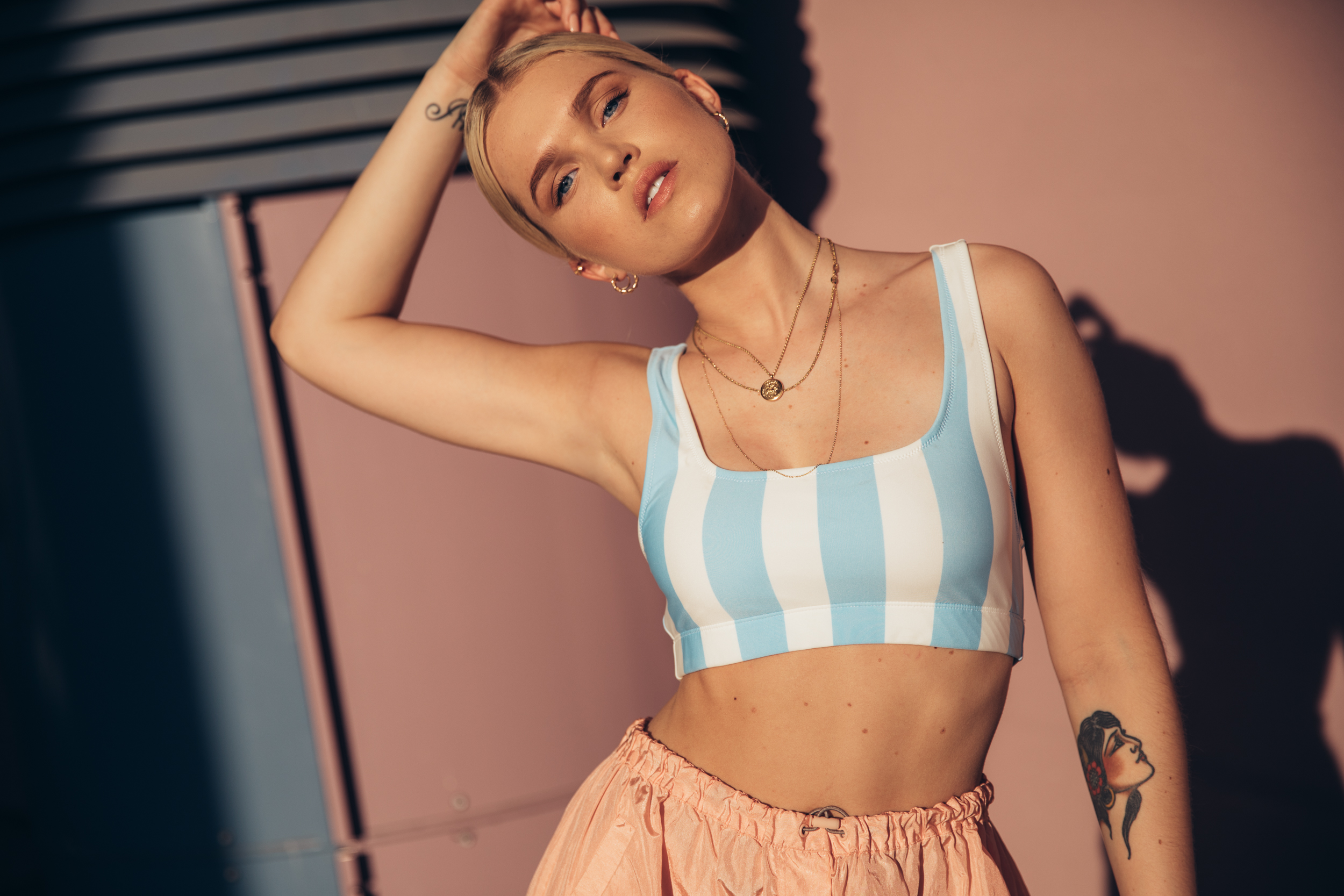 I think it means everything to a lot of people. It certainly does to me. Music is something universally that we all can connect through, which is a very beautiful thing. It also helps create memories. Good and bad.

I started playing the violin when I was 6 years old. Then I quit when I was 12, because that’s what all the cool kids did. So music was a part of my life from early on. I remember when I was about 13, sitting in the car with my mom, listening to Katie Melua and fantasizing about being a songwriter and an artist. I wrote my first song when I was around that age. I had the flu, so I had to stay in bed and I was super bored. So I started writing songs on my guitar… not particularly good ones though, haha.

Being a new artist, have you felt any pressure to fit a certain ‘mold’ as an artist?

I don’t think I ever thought about not ‘fitting in’ with my music. Being one of so many pop artists, I think I’ve thought more about doing what seems the most real to me and not be like everyone else.

You learned how to produce by watching tutorials about Logic on YouTube. Do you think it is important for musicians to have this DIY approach in today’s industry?

Yes! I think it’s awesome that it’s so easily accessible. You can basically learn everything about production and pretty much everything else from YouTube. You don’t need a bunch of fancy equipment or a big label. It’s very cool to be part of what feels like a new era in the music industry. DIY is a great start, then you can be really hands on when other people get involved. It also helps you develop your own style – on your own.

I fell asleep once. Not because it was boring. I’m just a big sleepyhead and the vibe in the room was very calm and relaxing.

‘Closer’ (your first song, which you also wrote and produced yourself) is an indie sensation with 8 million streams on Spotify alone. What do you think the pros and cons are of streaming services and the digitalization of the music industry for artists?

Today’s enormous music access is amazing, and I don’t think there are many cons when it comes to streaming. I mean, even if there are, streaming is here to stay. But someone needs to figure out the money part. The platform is still new, and of course I hope the streaming compensation from the labels will reach a level where most musicians are happy.

What issues do you think musicians are facing today?

The music industry is still new to me and sometimes it makes me stressed out. I understand how many artists feel the pressure. It’s not just the music, but everything from social media, business, politics, etc. But the more success you have, the more pressure, I guess. Sometimes I have to remind myself how it was before anyone even had heard my music. Music has become my job, but first of all I do this because I love making music.

Do you have a favorite lyric or sound from your new song ‘Rush’?

I love the first line: “Diamonds in our eyes, caught in the perfect lie.” For me it describes living in some sort of fantasy with a person. You both know it’s not really good, but in that moment it still seems perfect.

‘Rush’ sounds like it’s about not actually being able to feel something or feeling disconnected from reality (“I just wanna feel / Nothing seems real / I just wanna feel the rush but I don’t feel a thing”). Do you believe that our feelings can sometimes fool us? If yes, in what way?

I think it’s not our feelings, but our mind that fools us. We tell ourselves what to feel and not – at least I do – and it always ends up feeling wrong. I try to trust my gut at all times. If something feels right, it’s almost always right. And the other way around.

What is the most powerful feeling for you? One that would allow you to “feel the rush”?

I guess love would be the most powerful feeling to me. It can hurt so bad and make you crazy happy. I get really high on life sometimes. When I’m in a good place. Spending time with my friends and family. Making music. Then I “feel the rush”.

What sounds and emotions do you hope to incorporate into your production? Do you think you could replicate those emotions if you were producing for another artist?

It varies, it really depends on how I feel. Which goes up and down all the time. I always write and produce based on my own emotions, but sometimes a song ends up in a different direction. Even if I love the song, it may fit another artist more than me.

I’m obsessed with the new stuff Charli XCX is putting out and love SOPHIE and everything she does. Lykke Li’s new album is AMAZING. And she is amazing. 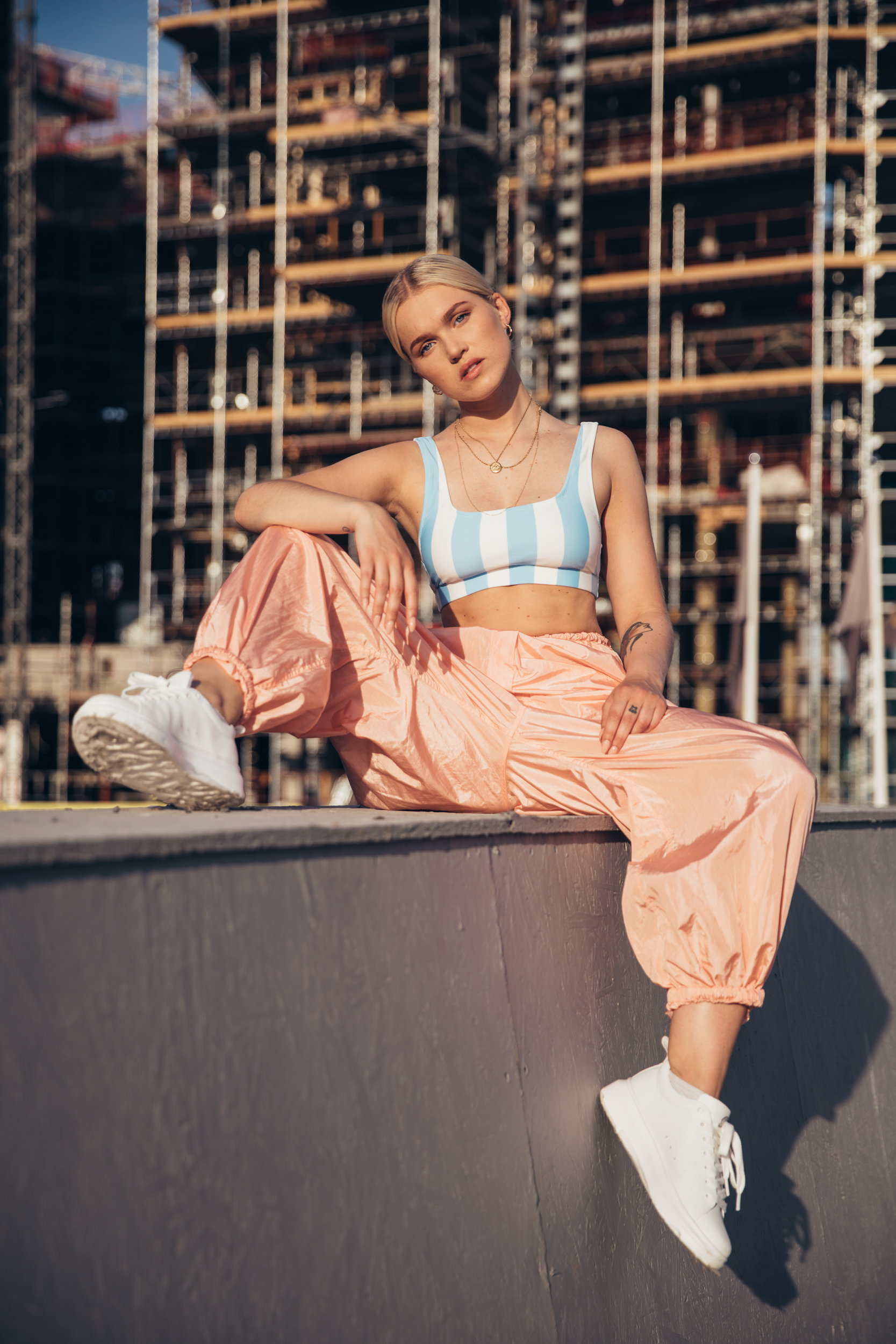 It still feels like it’s a boy’s club in many ways, and some men can be quite degrading to women in the music industry. Like we have to prove ourselves much harder. However, it’s definitely getting better and it’s really cool and inspiring seeing many powerful women in the industry. But it’s still a long way to go.

We definitely need more female producers, and we need to lift up those we’ve already got. I was part of this all-female songwriter/producer camp in L.A. and there were so many talented producers that I’d never heard of from all over Scandinavia and the US. The camp was an amazing and eye-opening experience.

Trust yourself and what you do. There’s a reason why you’re where you’re at. Don’t let anyone patronize you. KICK ASS.

It may sound like a cliché, but Madonna’s quote “I stand for freedom of expression, doing what you believe in, and going after your dreams” is very real to me.

New music and live shows. I’m spending the summer finishing up and making new music that I’m going to release this fall, which I’m very excited about!

Haha well, I’ve been sleeping on K-pop! Now I see the BTS mania and other K-pop acts blowing up outside of Asia, which is exciting and long overdue. The LOOΠΔ concept is interesting and kind of confusing, and I’m still trying to get a hold of it. But hey, I might end up as a LOOΠΔ stan!