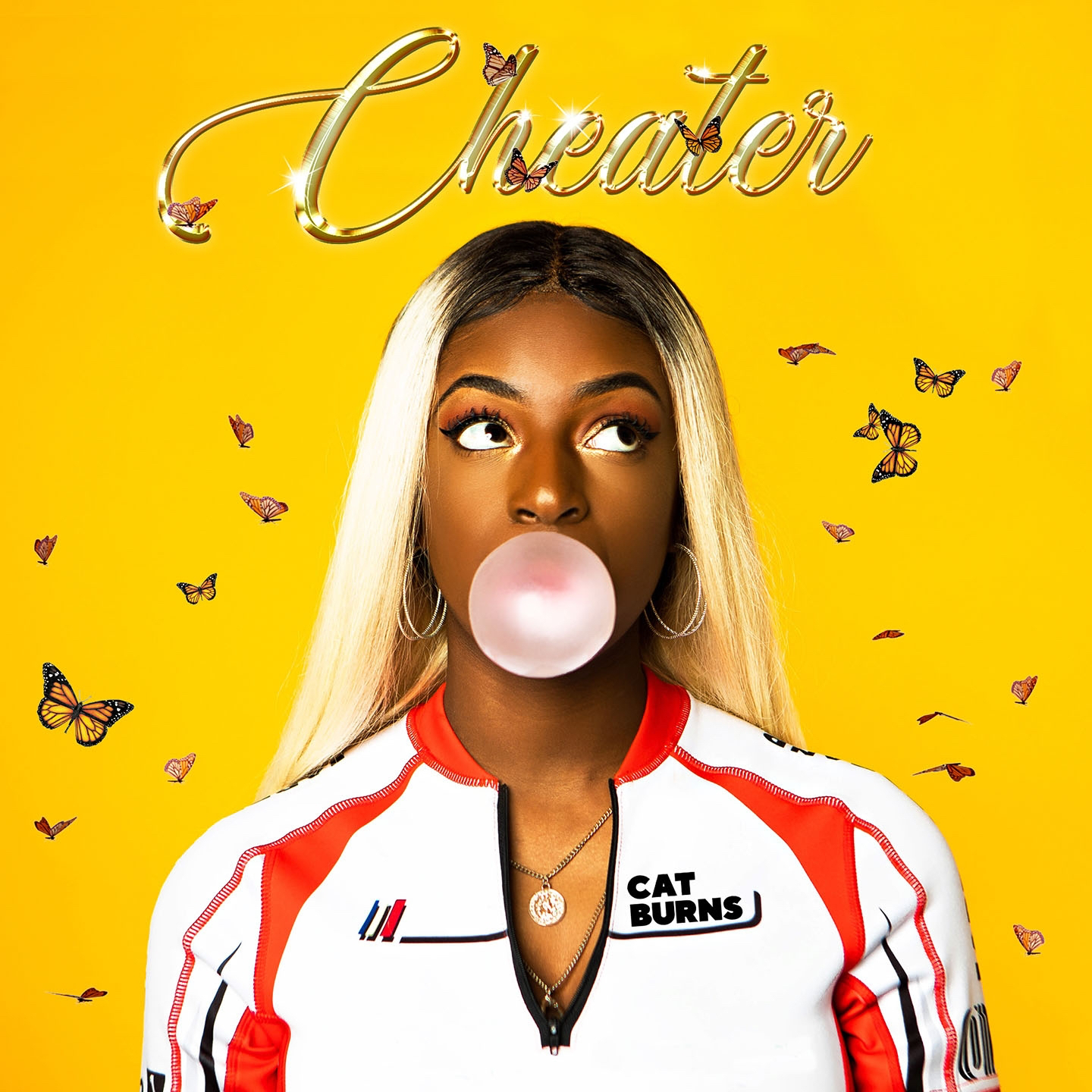 London-based singer-songwriter Cat Burns shines with maturity as she expresses her personal experiences in her pop tinged music. With a penchant for honest, real music which will embody her debut EP Naive (out on May 15th) she gets candid about being a black British woman in pop, her influences, how her time in BRIT school shaped her as a person and much more.

SheBOPS: What was the inspiration behind ‘Just Us’ which you released late last year?

Cat Burns: It was about what I was going through at the time. He wanted a relationship, I wasn’t there yet. I wanted things to be chilled out, and he wanted the opposite. Usually in songs like that, it’s the guy telling the girl to chill out, so I thought it’d be fun to flip the gender roles a bit.

What can we expect from your new track ‘Cheater’?

It’s a track that’s calling out cheaters. It tells the story of a guy who’s talking to other girls while in a relationship, and it’s about telling him ‘I don’t want to be a homewrecker’ but it’s not fair that anyone gets away with doing it.

Would you say your music is based on personal experiences or do you take creative liberties with it?

It varies. Sometimes it’s about what I’m going through and sometimes a friend may have told me a story that I think could be a great song. It can be from my own life, stories or even from watching people I don’t know.

Has there been a song in recent times that was either inspired by personal experience or in contrast from a story you heard?

‘Cheater’ is my own experience. And ‘Go’ is another track from recent times about my guitarist and unfaithful girlfriend.

How would you describe your sound? How has it evolved over time?

It’s pop influenced by other genres, and mostly it’s about relatable to young people. It’s evolved as I evolve. The songs I write now are different to what I wrote a year ago, because I’m in a different place, and have had different experiences.

You have your second EP coming out soon. What can you tell me about that? Have you got a personal favourite track?

The theme is surrounding boys and what I was going through last year. My favourite track is definitely ‘Cheater’. I was so angry when I wrote it, and it was great to put everything I was feeling at the time into my music.

If listeners could take away one message from your music, what would you want that to be?

Do what you want, and don’t do what you don’t want to do. My music isn’t aimed at any particular gender, but the songs that are coming out are definitely leaning towards empowering women.

Since you’ve brought up empowering women, what do you think about the representation of women in the music industry? Is there something you’d like to change?

I think the representation is okay, it needs to be better. There’s a concept that women aren’t allowed to speak for ourselves because if we do, then we aren’t nice. Men can do and say what they want, but women can’t. This needs to change.

Is there a particular female musician you’d like to collaborate with?

Ariana Grande. In recent times, she’s been writing such honest songs, of exactly what she’s going through and take away a positive message from it.  I think a lot of women my age and younger can relate to her music. Alessia Cara is another artist who does the same.

What piece of advice would you give a young female musician looking to get into music?

I’d say make sure that you are sure that this is what you want/are meant to do. There are going to be many trials and tribulations, and you can get low. So, you need to have belief. Do many gigs, build contacts. It’s all about hard work, opportunities, and luck.

As a woman in the music industry, is there something that frustrates you about it?

It is difficult for me, especially as a black woman looking to go down the pop route because there are not many black British women doing that. And people are always surprised, and we get labelled as people who’d go into R&B or hip-hop.

Is there someone in particular who has overcome those challenges that inspires you?

There are many artists doing whatever they want to do, and all of them inspire me. It’s cliché but Beyoncé is a massive inspiration, who got to where she is purely through hard work and determination.

If that’s a professional inspiration, is there a woman in your personal life who inspires or influences you?

My sister has overcome many problems in her life, never giving up and that’s really influenced me.

Have you noticed double standards in the industry? And in your opinion how can that be overcome?

The music industry is so male-dominated and, as women, we have to prove ourselves so much more, so there is definitely a double standard. The way to overcome it is having more women in the room and creating more hits as female musicians that show we know what we are talking about.

Do you believe it’s moving towards having more women in the industry? What else can be done to bring forward change?

It is surely moving towards that. We are pushing forward and we don’t see any limits. Getting more jobs and roles is a way to change people’s perspective on women in the industry.

What has been a really memorable moment in your career so far? And what’s next for you?

The video I shot for ‘Cheater’ was a highlight. With extras, it was a 2-day shoot and I was more comfortable in front of the camera. In the future it’s just releasing new music, doing more gigs and building a fanbase.

What’s one question no one asks you in an interview you wish you were asked?

About how my time at BRIT school shaped who I am as a person.

And how did it shape who you are?

I think everyone who comes out of the school is self-aware and we can analyse ourselves very well. We are put in this bubble of ‘you can be successful, and this is what you need to do for that’. You really grow as a person.

What’s one song on your personal playlist you’ve had on repeat recently and why?

Ariana Grande’s new album just came out, so I’ve been playing ‘breakup with your girlfriend, i’m bored’ on repeat. It’s just a relatable, honest and real song that not many people talk about, but she did.

Finally, describe your own life using your own song titles.

My song called ‘All My Friends’ because friendship is very important to me. There’s one called ‘Out Out’ because I love going out and partying. ‘I’m A Mess’ because I’m a bit of a lunatic and need to be more organised.