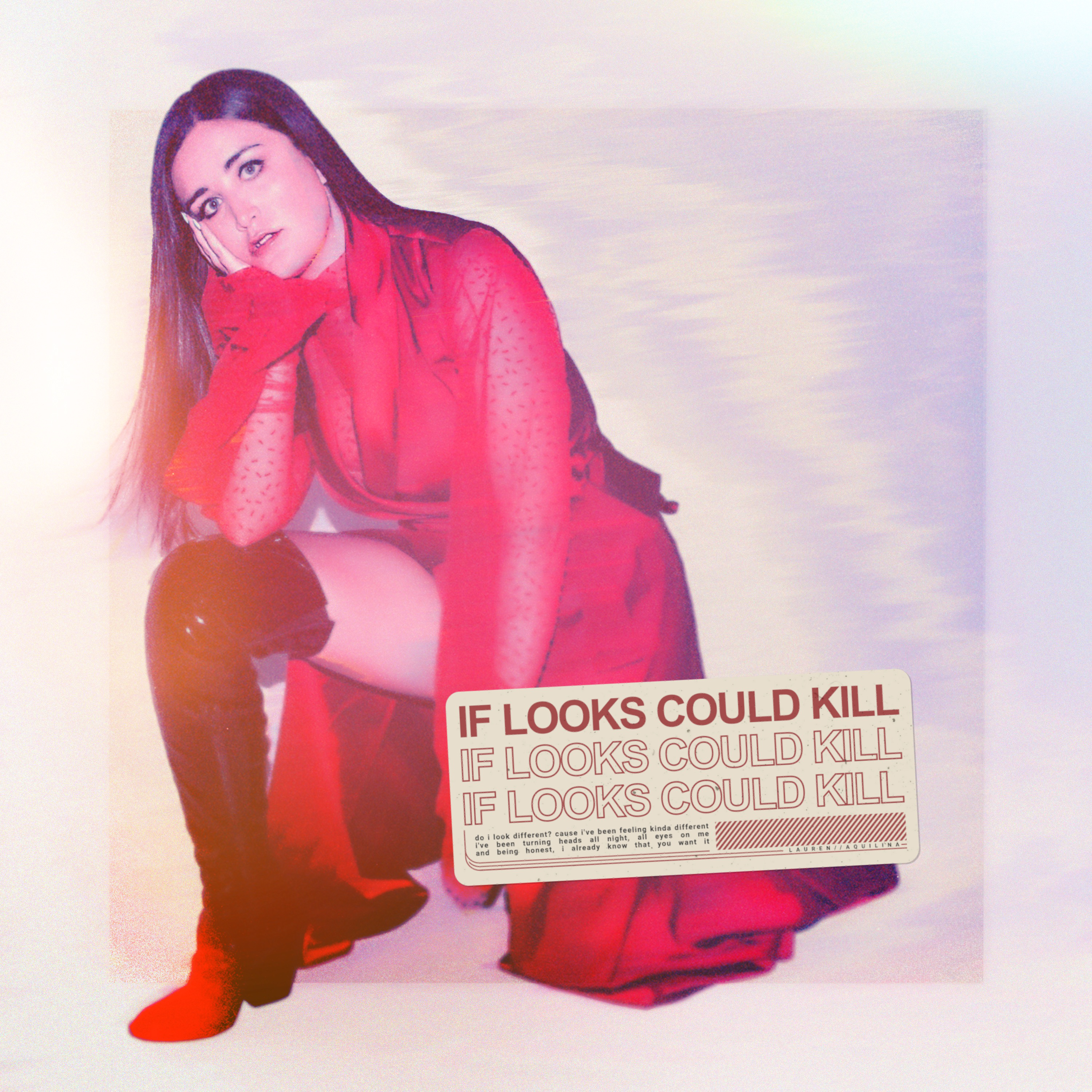 If you look at Lauren Aquilina’s Wikipedia page, you’ll see a sizable two year gap between 2016 and 2018 in her ‘career’ section. After the release of her debut album Isn’t It Strange? it certainly was strange to see Lauren disappear. She’d been handpicked as an opener to Taylor Swift’s 1989 tour, been supported by BBC Introducing and received critical acclaim from journalists and publications across the UK and Europe. Everything was going swimmingly, right?

But after a very open struggle with her mental health and coming out about the severe demands put on young artists, Lauren took a step back from the spotlight. Instead she went back to what she enjoyed most; writing and producing for bands, fellow singer-songwriters, and reconnecting with what inspired her most creatively.

In late 2018, she released her a new solo single, ‘Psycho’, in a triumphant return to the forefront. Now in 2019, we’ve been treated to the confident and self-assured ‘If Looks Could Kill’. Lauren Aquilina is back, fiery and feisty, armed with a fresh perspective and a hell of a lot of panache.

SheBOPS: I have to start off by saying welcome back! How does it feel?

Lauren Aquilina: Thank you! It feels really good to be back. I never really stopped creating music, but it’s nice to be able to put stuff out there again that feels completely me.

I think it’s so hard, especially for women, to step out of the limelight but even more so to come back after time away. Do you have a new perspective this time around?

It was definitely hard to step away – I knew there were loads of people who would have killed to be in my position at the time, and I also knew that if I ever came back I would have to be really ready for it. It does feel different this time, I’m a little older (and hopefully wiser!) and I’ve spent the past 2 years working on my craft and my confidence.

You recently co-wrote a track ‘I Believe You’ with Fletcher, which stands for fellow women affected by sexual assault and harassment in the wake of #MeToo. Tell us a bit about the experience.

I feel so privileged to have been a part of that song. Fletcher and I had done a couple of sessions together already and had a really good writing relationship, and we were comfortable enough with each other by that point to really open up and be honest. The GRAMMYs chairman had just made that comment about women needing to ‘step up’ if they wanted to have as many nominations as men and we were both angry about it. After that we just started talking about our experiences of being women in the music industry and the song happened really naturally.

You were vocal about your frustrations with the music industry back in 2016, in their lack of support for you emotionally. What other issues do you think female artists, in particular, are facing today?

I think quite a lot more is expected of female artists than their male counterparts which is a shame. Women are often expected to be ‘the full package’ with incredible videos, artwork, costumes, make-up looks, dance routines etc, whereas I feel like more male artists get away with just having a great song. Oh, and we’re also all expected to be perfect fully formed artists at 15 years old which is kinda weird!

Do you feel like the representation and portrayal of female artists in the music industry has changed since your album came out in 2016?

Yes definitely! It seems very different to me now, especially in the way that female artists react to one another. It feels like we’ve all learned that we’re better off if we lift each other up and support each other which is really nice. Even though we still have a way to go, it’s also great to see more and more women of colour and LGBT+ women come into their own as artists too.

You recently released the brilliant ‘If Looks Could Kill’. Tell us a bit about the story behind it and its key messages.

‘If Looks Could Kill’ was originally intended for a girl band, so I put my really-confident-sexy-hat on in the session (which I would have never done if I was writing it for myself). After I decided to keep it for me, I could have changed some of the lyrics to make it feel more genuine but I decided to just embrace it and let myself sing about being that confident and self-assured, which felt really good. I think every woman deserves to feel like that, even if it’s only for a 3-minute song.

You’re supporting Sasha Sloan on her US tour this spring which is exciting! What other female artists should we be checking out at the moment?

SO excited. I’m a huge Sasha fan. I could go on forever but some of my favourite ones I think more people should know right now are L Devine, Rosalía, Rina Sawayama, Orla Gartland, Nina Nesbitt, Allie X, Elina, and Carlie Hanson.

Are there any other artists you’d like to collaborate with?

Total pipe dream but… Taylor Swift! I think she’s one of the best living writers in the world right now and I would love to even just be a fly on the wall to see her write a song.

I know you’re also writing for (and working with) some very exciting artists at the moment. What else can we expect from you personally in 2019?

I’m releasing what I consider to be one of the best songs I’ve ever written as my next single. It’s a super personal ballad about my mum. After that I don’t really have it all planned out, I’m just writing every day and deciding on the singles as I go, but there’ll definitely be a lot of music from me this year.

Do you have any advice for young women looking to pursue a career in music?

Take as long as you need to work on your craft. I definitely felt the pressure to start young, but in hindsight, I wish I’d spent longer finding out who I was as an artist before I jumped into it. The internet is a great tool to meet other women who are doing the same thing too, and we can all help each other out. Oh… and don’t take any shit from men! I’m half joking…