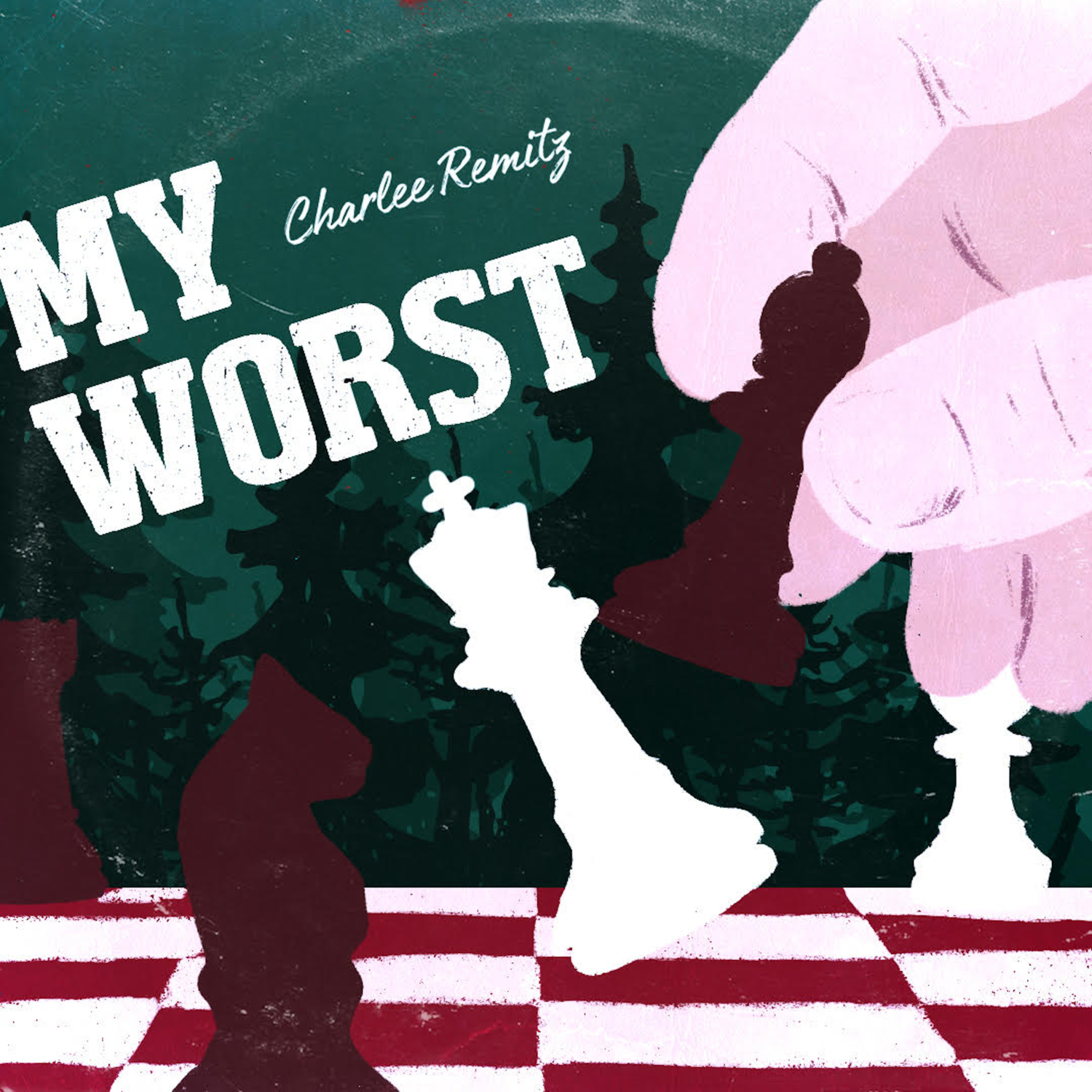 When it comes to being authentic in your music, LA’s Charlee Remitz takes it to a new level.

“To tell you the truth, I don’t know how I feel about you / I’ve never been so confused / How hard is it to figure this out?” Remitz’s bluntly yet bittersweetly expresses in her July 2018 single “To Tell You the Truth”. Remitz’s latest, titled “My Worst” and released today, is just as revealing: “I’m gonna make you wish you never said you ever had feelings” Remitz savagely declares over the murky trap-infused melodies.

Following on from a successful string of bops from her fantastic first album Bright White Timz in 2015 (home to her biggest hits ‘BMW’ and ‘King’s Cup’) and then 2016’s equally brilliant Saints Until Friday EP, the release of Remitz’s sophomore record Sad Girl Music promises to deliver, well… more sad girl music for electropop fans to devour. We discuss why Remitz gave her album this name, why her lyrics are so savagely honest and why she’s still “learning to let go.” 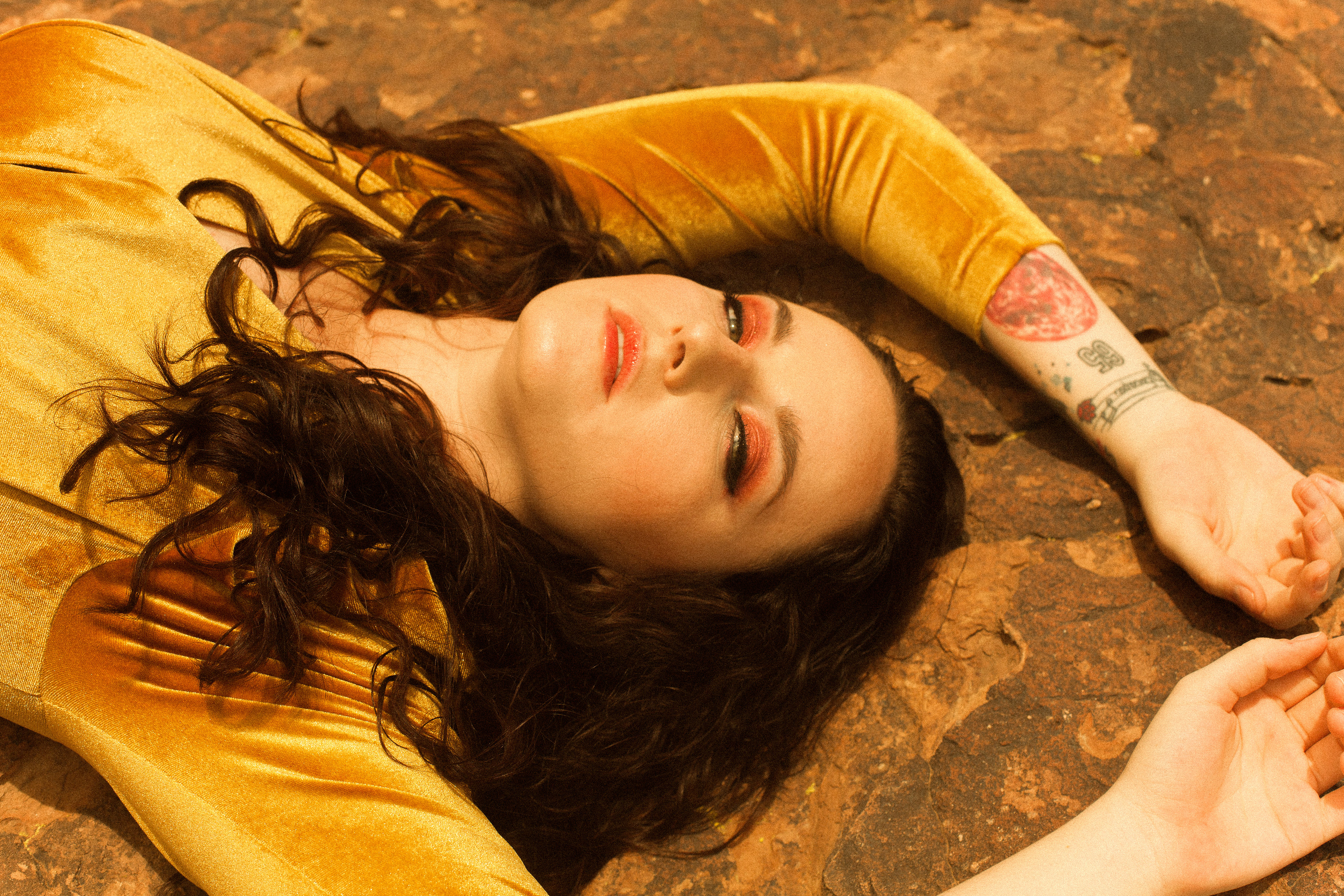 SheBOPS: Could you tell us about one particular experience from your life so far which influences your music?

Charlee Remitz: I first realized my mind was my own when I was in fifth grade, thus I began thinking for myself and inventing Charlee Remitz. I remember lying awake in my corner of the house thinking how awful it was that someday I would perish. Someday, this Charlee Remitz I was inventing would cease to be. I couldn’t stand the night back then. Staring at my ceiling, anxious and revolted by the calamity of the universe: what happens to us when we die? The days were a little more forgiving.

I think I’ve always felt similarly unimpressed by time. I’m chasing a dream, often thinking I’ll never reach it, so I wish time away. But then, perhaps because I’m scared, or even a little selfish, I wish I had more of it.

Time has always played a pivotal role in my story, and the way I tell my story is through music. Though now I’m more obsessed with the truth. Lying awake, as I once did in fifth grade, anxious and revolted by those who can’t see it.

I have synesthesia. It almost makes me feel distant to certain colors. Picture a friend who’s wronged you. It wasn’t a massive betrayal, but you’re wary. That’s how I feel about green. Now picture a love you never wanted to lose, but you lost anyway. You watch him sink into untruths. You think he’ll never find his way back. And then, quite queerly, one evening the air is perfect and the night is warm and there’s a knock on your door, and you find him on the other side, certain about you.

That’s how I feel about heliotrope.

‘Everybody Wants to Rule the World’ and the B-side ‘Pharaohs,’ which is probably one of the coolest concept songs of all time.

I can’t pinpoint the initial spark, I can only say it caught and it’s burned loyally ever since. I do remember being withdrawn from the world and finding life in music. I’m not certain at what point it occurred to me I could sing—sometime before middle school. Words snuck up on me in much the same way. There was a before and an after, but the inciting incident is all blurry to me now.

Perhaps it was discovering my father’s love for blue. The bluest music one can find. The bluest people one can befriend.

Or perhaps it was wanting desperately to find value in early 2000s hits, and running dutifully back to Coldplay, A Fine Frenzy, Frou Frou and Beck.

What is your theme or message with Sad Girl Music?

Sadness is a triumph. To heal is a triumph. Choosing to honor your tragedy over finding your next misadventure in love is a triumph. The world is full to bursting with distractions. It’s so easy to stuff your emotions, to carry them from one relationship to the next, recycling the same story hoping to find some alternative ending.

But there’s something to feeling. With everything you have. Sinking into the deepest blue and figuring out how to breathe.

Why is the album titled Sad Girl Music?

There’s a lyric in the title track, “We just cry to our sad girl music.” I think I wanted to remind my listeners how delicate women are. We do feel in capacities that men don’t. That’s not shade, it’s science. Women hurt and it’s excruciating. I wanted to sum up my album by saying, almost, “I’m human.” I’d been demonized, victimized, I’d let anger have its way with me. But I’m still delicate. And I broke. And in breaking, I managed to be victorious.

This song is by no means sad. It’s conscious.

If Sad Girl Music were a living person, what kind of person would they be?

She’s a Molly Bloom. You want to help her up, but she won’t reach for your hand. She knows your weaknesses, but she doesn’t prey upon them. She carries the debts of many, and still relies on fairness when she knows fairness in the world doesn’t exist.

They’ll call her Circe. They’ll never tell you the reason they call her devilish is because they’re threatened by her. She sees you for exactly who you are and you aren’t ready to face the nefariousness of that person yet. So you spin her story. But she’ll spin it right back, and she’ll tell it better than you ever could.

“I’m gonna make you wish you never said you ever had feelings” from “My Worst” is quite a brutal lyric – what happened to inspire such savageness?

How come you decided to include a reprise of ‘BMW’, originally from your 2015 release Bright White Trims?

The story wasn’t done yet. It may never be done. Much like an astronaut, I’m constantly seeking answers, and the universe is an endless pit of “what if?”

I think it’s hard, because this was a story that had a somewhat confirmed conclusion before I even opened my eyes. Love. It should’ve ended as it began: with an abundance of love. The fact that it didn’t—well it continues to confound me. I’m a slave to the truth. I may never hold it in my hand, but that doesn’t keep me from trying.

I love old video game sounds. Beyond that, the problem is, and always seems to be, there’s no precise way to describe a sound. You can’t really objectify it, because it isn’t a thing you can touch or observe. But I play favorites with anything that makes me feel, or anything that’s colored pink, purple, or blue.

I don’t really hope for any emotions to be conveyed, rather, in relating my music to their lives, I wish for them to feel. Anything at all. Allowing yourself to feel on any scale is a victory. Whether you’re engulfed in fury like my world was engulfed by that initial spark of “I can sing,” or you just, for one second, stop and reflect; it’s all good, and it all gratifies.

I’m learning to let go. In all aspects of my experience as a human. But especially as a musician. I must let go of old achievements and goals, of numerical statistics, which aren’t a reflection of the quality of the song I’m singing now. I must let go of those who are holding me back, no matter my level of attachment. I must let go of expectations—and certainly those I project onto others.

I must go free. These chains are distinctly uncomfortable knowing I slipped my own hands and feet into them.

I’m really fucking with Hayley Kiyoko and Betty Who right now. They have a strange sparkle. Almost as if they can stitch the clouds to reality. They float where others walk.

I don’t like being made out to be devilish because I know what I want. If I ask for something without coating it in honey, I get stung.

It’s tiresome, this perpetuating idea that businesswomen are cold, going home to empty beds, bitchy and disagreeable. In fact, it’s perfectly boring. I can predict how I’ll be perceived before I walk into a meeting. And how awful it must be to never have learned a woman in charge is not a woman to fear. Because as women rise to power, the faceless men will fall. It’s better to hop the crazy train we’re constantly accused of riding instead of making a spectacle out of your boring cowardice.

This is nothing new, but I’d love to discontinue pitting women against other women. I’d love to see the industry become more androgynous. Genders are dull.

Women have always been underrepresented. We don’t have enough champions. We don’t yet have enough men saying, “These women are changing the world.” Because we are. But as women, there has to be a light shone on us. Something neon and unmistakable. Otherwise, without being sexualized, we’re overlooked.

The music industry is still objectifying its pawns. We’re a brand. The brand needs to look good, polished, consistent. I think they forget humans are messy. We didn’t come from a perfect chemical bond. Sometimes we explode. It’d be better to romanticize the splatters on the walls than to fetichize perfection.

What’s the music scene in your city like? Are there any up and coming female musicians from your city you have your eye on?

I’ve never been one to see live music, unless it’s a big show. I’m still tainted by irrelevance, and don’t like poking around in small bars wondering when I’ll feel important.

To unite. Body and mind.

“She wasn’t doing a thing that I could see, except standing there leaning on the balcony railing, holding the universe together.”

I plan on shining brighter than I have before. I’ve been polishing up some of my tragedies. I’m ready to sing some Sad Girl Music and move into a new phase.

“In June, we broke my heart. It wasn’t as simple as, “he did it.”
No. Because I did it too.
I think he wanted to be let go. He couldn’t do it himself.
I grasped at his fingertips, bracing myself at the cliff’s edge while he dangled into whatever void would swallow him should I decide to loosen my grip and set myself free.
That’s when I lost myself.
Those final weeks, when I knew we were done, but I couldn’t stand up, walk away, trust that if I let him fall, he won’t come apart, or I won’t jump in after him. Finally, I slipped my hand from his.
That’s where my story begins. Sad Girl Music isn’t about him. It’s about me.
It’s about drowning so you can become what you cannot possibly be when you stay above the surface. Sadness is not a weakness. Sadness is a triumph.”