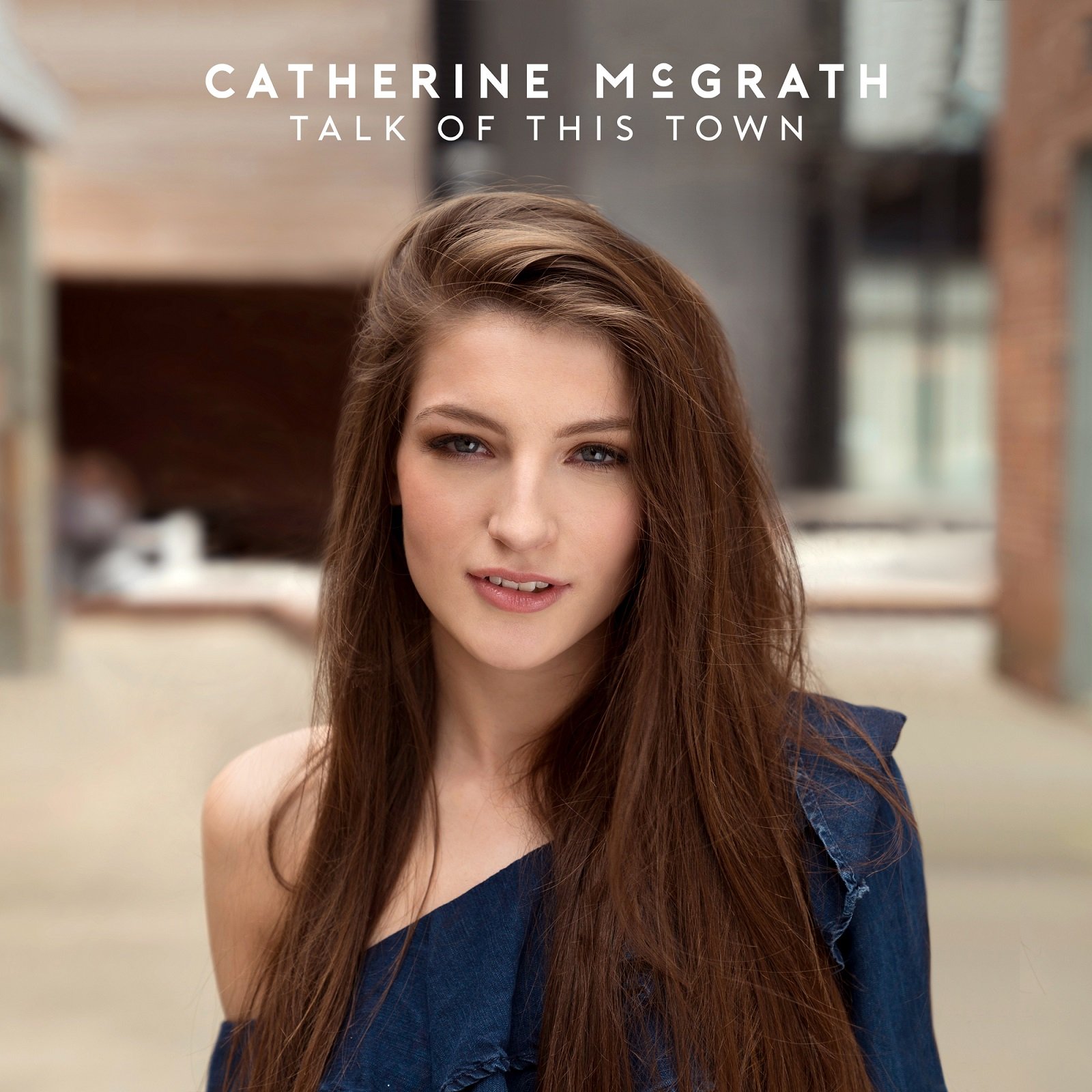 You wouldn’t be blamed if you saw Catherine McGrath‘s debut album title Talk of This Town and assumed it was completely autobiographical and based on recent events.

Since sharing her debut EP One back in 2016, the Irish lass has deservedly earned the title of Ireland’s Taylor Swift thanks to her confessional tales spilled out across gorgeous acoustic strums: “And I don’t know what hurts the worst / Me alone or you with her / Or standing in the brand new dress I bought / ‘Cause I thought it was gonna be me” Catherine earnestly sings on just one of her several hits, ‘Thought It Was Gonna Be Me’. After playing almost every major music festival in the UK and consistently landing herself coveted spots on some of the most important streaming playlists today, Catherine McGrath has become not just the talk of Nashville but of country fans the world over.

The country music sensation took time out of prep work for her debut album Talk of This Town to share her feelings on why country music is resonating so much with listeners at the moment, working with The Only Way is Essex star Megan McKenna on her country music debut as well as what a cameo in Nashville might look like for herself…

SheBOPS: What’s the story behind ‘Talk of This Town’?

Catherine McGrath: ‘Talk Of This Town’ is about my whole move to London and my dream to make music, and people who kind of laughed at that and were like “that’ll never happen”. It’s about people who spend their time talking about other people, while those people move on and do their own thing. Whether you make something work or end up failing, if you go for it and try your best, the people who make fun of you for that are the losers in that situation. That’s what this song is about for me.

‘Talk of This Town’ is your eighth New Music Friday playlisted track – why do you think your songs receive so much support?

It’s so cool that my songs have had so much support, it’s never not exciting! I think in general, there’s a growing appreciation for country music and platforms like Spotify are breaking down barriers and making it easier to access all different genres of music and for people to hear them through playlists etc. just as good songs, without putting them into specific genre boxes first. I love that. It means people can hear a song and be like “wait… So THIS is what country is? I think I like it.”

How much of your previous music will be on your upcoming album? What can audiences expect from the new material?

There will be some songs that people have already heard but new versions of those songs, so it’ll be cool to see how people respond to the songs hearing them in that style. There’s also loads of new songs that nobody’s ever heard that I’m really excited about.

What stage of ‘ready’ is your album at?

Like 80% of the way there. There’s still room for final decisions and songs to be added but I have a list of songs I know I can’t not put on there. It’s really exciting!

How did you get signed to Warner Bros. Records?

My manager found me on YouTube and he asked how I would feel about moving to London and writing my own music. So I did that and did as much writing as I could and sang at open mics etc. and eventually I went in and I played it for Warner Brothers and they loved it, so it was all pretty crazy and exciting.

What made you decide to work with Megan McKenna for her country debut song “High Heeled Shoes”?

I wrote ‘High Heeled Shoes’ originally for myself, but felt it sat in a different place than the rest of the songs on my album. Then Megan heard the song and when I heard she wanted to release it I was like “of course!” It’s really cool to see someone else record a song I’ve written and to see people’s response to it! 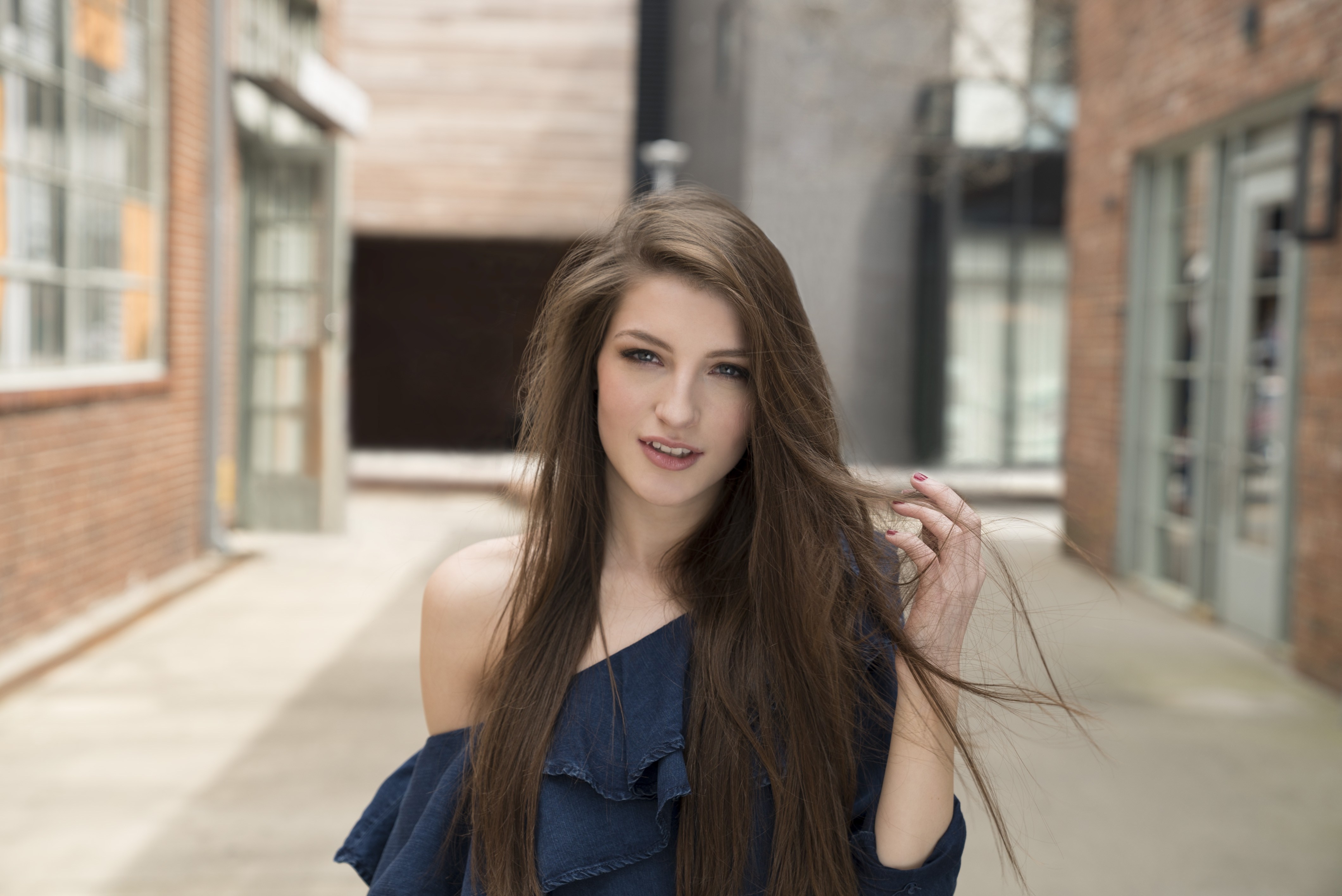 Out of your festival appearances so far (The Great Escape, British Summer Time, Wilderness, Latitude, Longitude and many more) which one was your absolute fave?

British Summertime and C2C: Country to Country Festival were defo my faves!

If you could appear on Nashville, what would your storyline be?

I’d work at the Bluebird and become besties with Scarlett and Gunnar and we’d all sing together. The dream…

Why are you so drawn to country music?

Mainly the lyrics and how honest and clever they are. But it’s the whole sound of it and everything about it really.

We’ve got Shania’s comeback and Miley just did a country album, so how do you feel about this renaissance of country-pop? Why is country music connecting with audiences right now?

I think it’s because people are hearing it more on platforms like Spotify and aren’t being told beforehand that it’s country. People have this idea that country music is all banjos and singing about trucks and it’s so much more than that, so now that it’s more accessible people are like “ahh so THAT’S what country is. Maybe I do like it.”

So many. Carrie Underwood, Taylor Swift, Kacey Musgraves. I could go on forever!

Are there any female artists you’re particularly obsessed with at the moment?

I don’t feel like I’m at any disadvantage because I’m a woman. Personally, I’ve always felt respected and listened to and have been surrounded by a great team of people, so I’m lucky in that way.

How do you feel about the representation of female musicians, especially in country music?

I think they’re proving how incredible they are. Carly Pearce and Kelsea Ballerini were topping the iTunes chart when I last checked, so they’re taking over country music!

I think there are loads of female artists doing better than ever right now, like Taylor Swift and Kelsea Ballerini; females are killing it in music at the minute. I think if people have great songs and are great artists, that becomes clear. Especially in 2017, gender issues and inequality are being noticed and a lot of people are changing them for the better.

Do you have a special message for your fans?

Thank you so much for listening to my music and I hope I can meet you at a show soon!