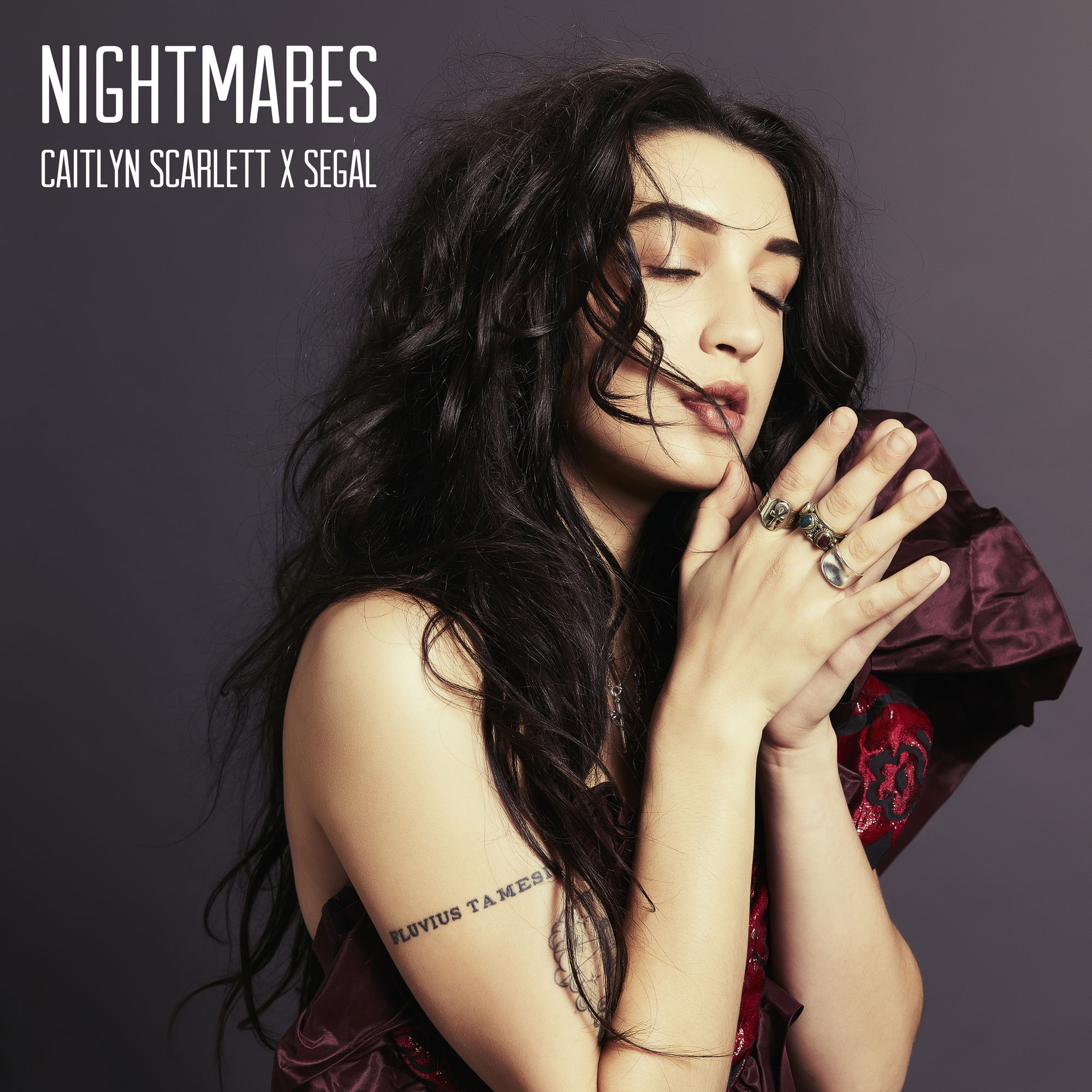 Caitlyn Scarlett – who is she?

Debut: Jurassic Jukebox and Other Drugs EP (May 2014)

Everything about my life influences my music. It’s like I’m always chewing on every experience I’ve ever had, and every now and again I’ll spit out a song. Movies I watched a lot during my teens have definitely had a big impact on my sound and the visual aspect of my lyrics. 80’s cult movies especially, they opened up an aesthetic dreamland of streetlights at night, the passenger seat of a car, a first kiss, quirky characters who are exciting and loyal to everyone but themselves, a captured but wasted youth.

ALL THE TIME cause the industry sucks sometimes if I’m really honest. I don’t care about money, but the rest of the world does. Turning your art into a job is really hard and often soul crushing, especially for someone like me who refuses to compromise on quality and integrity. But I believe was born to make music and I don’t know who I am without it, so I always end up keeping on.

What is the theme or message with your latest song ‘Nightmares’?

It’s a song about the confusing yet mesmerising years of your teens. The almost-adult phase you go through of trying to figure out who you are and what you want whilst the whole world pushes their ideas onto you at the same time. The lyric “my skin isn’t right yet” is a reference to both teen acne and the feeling of not having reached your full potential.

What was the biggest difference in terms of writing and recording Red Tape Vol. 2 compared to Vol. 1?

The biggest difference was definitely me, with every year and every project that passes I grow older and a little bit wiser. I write about things I’ve lived through and people I’ve known. I am the thing that changes most within my creative process.

It’s not really set in stone at all. But generally speaking I’ll go into the studio with a producer and we’ll start the music together. Then when we have a chord progression or a loop going, I let them go on with tweaking and additions, whilst I retreat into myself and start thinking about concepts, occasionally raising my head to say something like ‘ooh yeah can we go to that note there?!’ or ‘Hmmm not sure how I feel about that snare sound…blah blah’. I usually don’t come in with fully formed ideas because I find that to be too restrictive. I let my mind wander with the vibe of what we’re working on and see what comes. My best lyrics tend to be one liners I have stored in my phone notes already. I weave them in with what I’m writing in the moment and when I feel like I have something really worth saying, I head to the mic.

I hope they feel validated and less alone when they listen to my music. I want people to feel like their weirdness and unique feelings are normal and appreciated, and that the world is magical and worth being here to experience. That’s what music does for me.

Being satisfied with it, and also knowing that a lot of it may never come out, but still putting as much love and effort into it anyway.

I feel fine about it! Female musicians are amazing and wonderful and some of the greatest entertainers this world has ever seen. If I could change one thing about females relating to the music industry, it would be the sense of competition. Men don’t seem to be bothered if another guy is doing their thing and killing it. I have noticed a lot less camaraderie between women and I’d like that to change. We need to support each other and understand that there is enough room for everyone in this game. As the saying goes, “a rising tide floats all boats”.

Sexual harassment is definitely a thing, being in the studio often means being alone in soundproof rooms with men you just met. I’ve been in situations that have made me uncomfortable, most girls have. I have also noticed that keeping up an illusion of ‘we might sleep together someday’ is expected and opens a lot of doors career wise. Sadly, it’s an easy option that a lot of women do take though, and unless they stop, the environment for it will remain the same.

Probably the ones I have just mentioned. We need to stop investing so much into the world of male fantasy and focus more energy on women supporting each other and shining together as individuals within a unit.

I hear Ms Banks, Ella Eyre and Ray BLK would all love to work with you – so what would a track by all of you sound like?

No no no don’t get it twisted… I would love to work with THEM… and I have! Individually though. A song with all of us on there at once, woweee well that would be one badass tune. It would be killer.

Kate Bush, Lady Gaga, Fiona Apple, Madeleine Peyroux and Lana Del Rey. I would sell my soul for a ticket to that festival.

There are LOADS! To name a few:

King Princess (ooooffff she can get it)

Kehlani (what a star)

Girls are definitely expected to look our best at all times, whereas a guy can just roll up in whatever state he’s in and still be appreciated without judgement.

DO IT IF YOU WANT!! If you belong here, you will find your place, or carve one out for yourself. Self-sufficiency is key, if you can do something yourself, do. If you can’t, learn. Take advice from people who have nothing to gain from helping you. Follow in the footsteps of your idols, even if you feel like they were operating in a different era and a different world to you. They’re your idols for a reason. You’ll need thick skin and a heart of gold if you wanna stay true to who you are though, you have been warned!

As a new artist rising in the streaming era – how do you feel about this new era of music consumption?

I love/hate it. As a creator I love it, as a consumer… not so much. It’s allowed artists like me to thrive and reach an audience without the need for a label, and it’s opened up so many amazing new lanes and genres through connectivity. But it’s also made it near impossible to live off of your art financially speaking, seeing as nobody buys physical music anymore. Plus, the lack of revenue has also made the industry more fearful and penny-pinching, which has bred an insatiable appetite for hits, hits and more hits. This has made music, especially chart music, a lot more superficial and disposable.

The unknown! The endless possibilities.

So much, I’ll be releasing a lot more often, starting with the third and final instalment of the Red Tapes. I’ll be playing live, travelling, collaborating, and hopefully growing exponentially! I’m really looking forward to grabbing 2019 by the balls. I hope more people will join me on the journey and we can muddle through this modern world together, through a shared love of music.