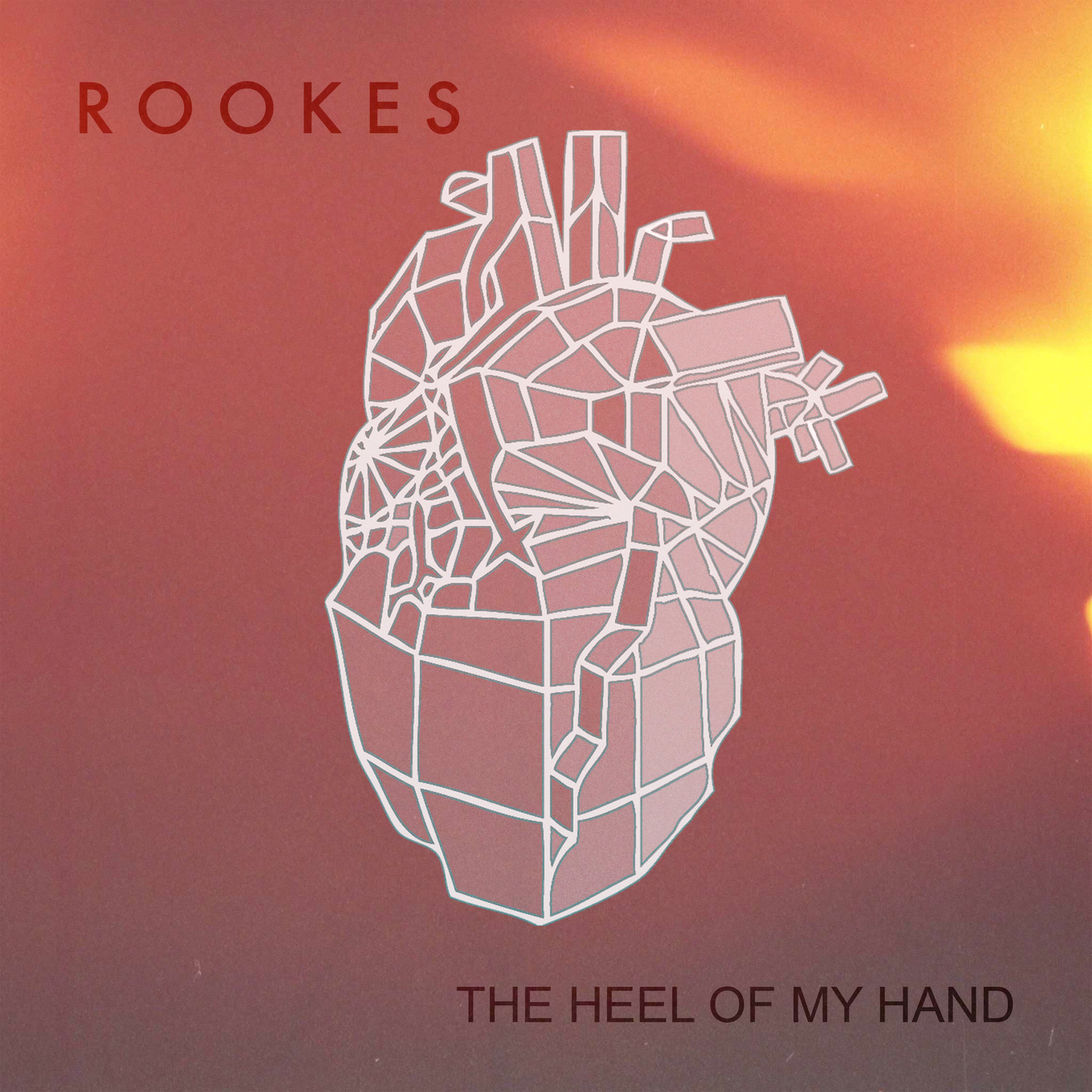 ROOKES, as she tells me, is “an artist and a woman AND queer.”

To mark the release of the London-via-Birmingham songbird’s debut single “The Heel of My Hand,” a stormy guitar-led romp, ROOKES spoke on the song’s meaning plus spilled some scalding hot tea about the “seriously slow progress” of the representation of female musicians…

Could you elaborate on the meaning behind “The Heel of My Hand”?

The phrase itself comes from a particular experience which is revealed in my music video coming out tomorrow – so I don’t want to spoil that little reveal. However, the song itself is about the period after I lost the first woman I ever fell in love with. It was a pivotal experience, and I had to come to terms with a lot in a short space of time. But primarily I was hurting and frustrated and needed to write her out of my system. The whole forthcoming EP is based around that experience of loving and then losing her.

How was it decided that “The Heel of My Hand” would become your debut song?

As a song it has a lot of drive to it, and I never get bored of performing it live, but I had another one in mind as a first single initially. When one of my musician friends was listening to it and mentioned it was her favorite on the record, that caused me to look at it again; I thought it had the potential to land with a bang.

We’re in a really politically charged world right now. How does that impact you, and your music?

It’s impossible for it not to have an impact. Artists are creatures of environment – we absorb what’s happening around us and project what we find significant from our experiences into our art. Writing as a cis woman has always been an interesting journey, as growing up I felt I identified more with the experiences of male song writers (with the exception of a few, like KD Lang, Tracey Chapman and Annie Lennox) – especially in terms of relationships and sexual desire. Héloïse Letissier has spoken well about this in the past, and the drive I feel to write more from a perspective of an instigator of events rather than someone who is subject to them only gets stronger the more outrageous behavior I see being perpetrated against women in the world. It adds fuel to the fire.

There is a huge blossoming of brilliant women coming to the fore in popular music right now which feels so fresh and long overdue. I feel this is particularly true of women in electronic music. I had the joy of attending Ableton’s Loop conference last year and there was almost a 50:50 gender ratio (with many delightful shades in between) present. That was the first time that this had ever been true for me at any industry event and it blew my mind.

I’ve mentioned a few already, but Imogen Heap has been an overwhelmingly strong influence – compositionally, lyrically, and career-wise – ever since she released Speak for Yourself. Annie Lennox has always been present for me as one of the best, most iconic female performers of all time. And I think Alanis Morrisette should get a special mention as she was the first female rock artist I started paying attention to in my teens.

Well, these days the list is endless! I love what artists like Grimes, Kimbra and Chagall are doing. I was recently introduced to Princess Nokia, whose rapping I think is brilliantly humorous and highly relevant right now. I’ve supported some great ones on tour like Stealing Sheep, She Makes War, Anna Pancaldi, Bryde. Then there’s Dream Wife, Warpaint, Tune Yards, Bat for Lashes… basically just hit up my Vox Femme playlist on Spotify and you’ll find all my faves.

How do you feel about the representation of female musicians?

That’s been some seriously slow progress over the years. It would be good if female musicians no longer felt they had to get naked in order to be seen – that’s been a trend for years and it’s just old now. We’ve had bursts of brilliance over the years that’s contradicted or intelligently challenged this – like the ebb and flow of androgynous fashion and frankly just Lady Gaga in all her weird glory, but the demand to “show some skin” keeps bouncing back, despite how deeply unoriginal it feels.

I have frequently had my competency as a musician questioned or challenged more than my male contemporaries, which is ridiculous. I mean – I can play five instruments, often more than one simultaneously. Watching my live set often helps to convince people that I know what I’m doing but the fact that I have to convince them in relation to my gender in the first place is tedious.

Honestly, more and more I want to encourage female musicians to stop apologizing for themselves – if not in words, then in attitude. I feel overall the tide is turning in this regard, but there’s still a lot of adjusting to do. We need to remind ourselves that we work hard, we are talented and we have a right to be here. Luckily I’m plugged into a brilliant circle of female artists and industry professionals (and a handful of male ones too!) and we aim to support and cheer each other on as much as possible. Women in the industry need more of that.

When I was preparing a treatment for “The Heel of My Hand” music video, I realized just how much scope it afforded lyrically to explore themes of gender and sexuality – the video reflects my wrestle with those things. That feels pretty pertinent to some of the issues that are being raised in different parts of the world right now. I recognize that at this juncture, representation is crucial in order for us to de-prejudice our society. Ultimately I’m an artist and a woman AND queer, so I am allied to those identities and feel it’s important to speak out in relation to issues connected with them.