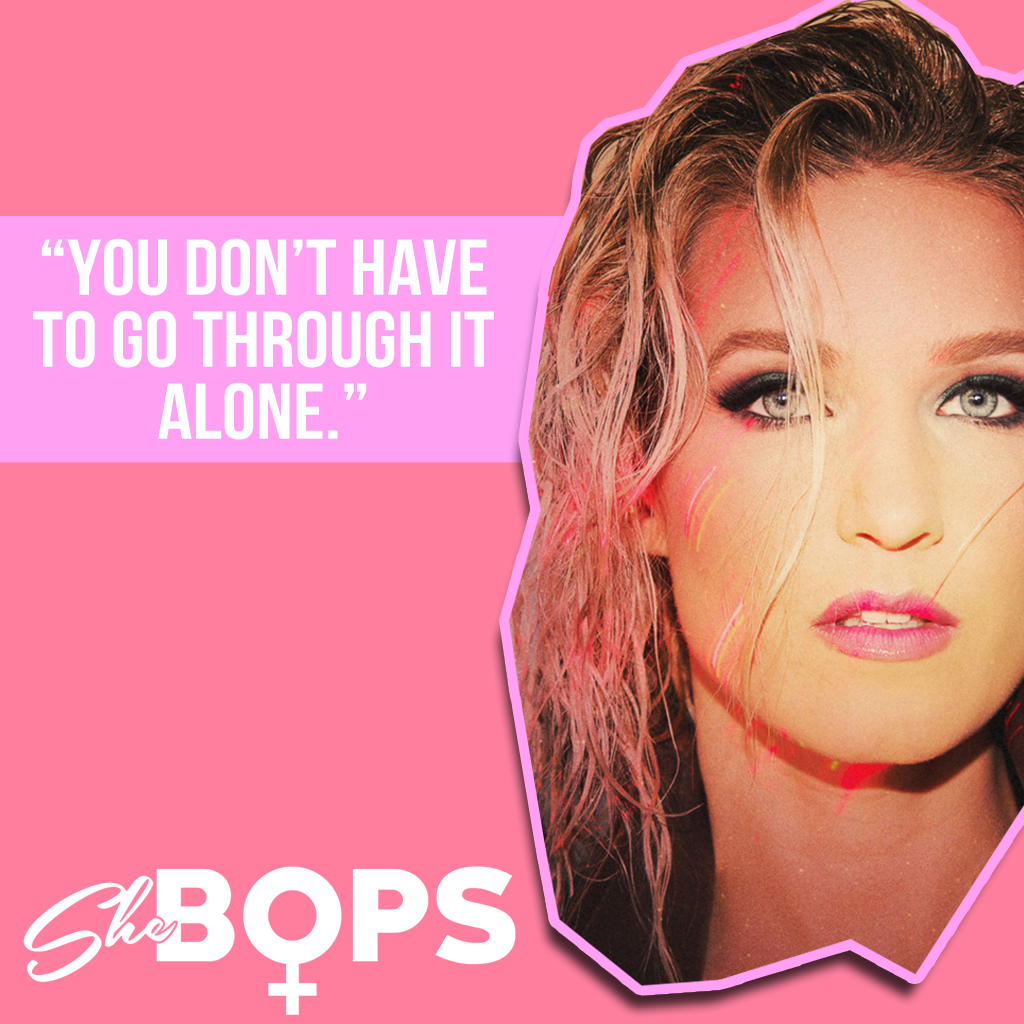 Born in Berlin but now living in London, NINA has been making (synth)waves with her Lana Del Rey meets Robyn style of gorgeous synthwave bops.

I caught up with the chanteuse on her newest single “One of Us” plus her upcoming EP and debut album, as well as working with the acclaimed Richard X.

You were born and raised in Berlin, but moved to London. What inspired that change?

I grew up listening to David Bowie, Depeche Mode and Queen and I wanted to explore the British music culture more, so I decided to move to London around 13 years ago.  I was always drawn to London and I’m very glad I made the move, but Berlin will always be close to my heart.

Growing up, what was it about Depeche Mode that influenced you so much?

My parents always listened to their records during the 80s. I particularly loved the darkness in their lyrics, but staying melodic at the same time. They explored some powerful concepts in their songs and they were pretty unique in their sound.

Talk to me about your newest single “One of Us.”

“One of Us” is a collaboration with Swedish Synthwave producer Oscillian. I wanted to share my experience as a teenager, when I was bullied in school. I felt very misunderstood and lonely, so I isolated myself. I want to encourage people who might go through something similar, to reach out. You don’t have to go through it alone.

For this latest EP I joined forces with Metropolis Studios and Label. Their studios are quite legendary, as they’ve recorded some of the biggest names in the industry. I recorded all my vocals there and I was very lucky that Liam ended up mixing my record.

I hear you’re working on your debut album. Does it have a name yet, and what can we expect from it?

No name yet, but all the songs are written and ready to go. We’re just finishing some final touches. Expect a few collaborations with some rad international Synthwave producers.

What was it like working with the Richard X, of “Freak like Me” fame, on your 2016 song “Beyond Memory”?

We clicked from the very beginning. He’s a very patient and gentle individual and of course super talented. I admire his vast analog synth collection and he’s worked with some of my favourite artists, like Erasure. In fact, we met through Erasure’s management when I was on tour with them 3 years ago.

Your futuristic synth-pop style has been defined as ‘Lana Del Rey meets Robyn’ – any comments on that?

They are both artists that I admire, so that’s very flattering.

Is there one country in particular you’re itching to tour?

I’ve always wanted to tour Australia, as they have a big electronic scene over there and it’s a gorgeous country. Hopefully it will happen soon.

Which female musicians are you a fan of, and why?

Stevie Nicks – She’s one of my favourite songwriters. One of a kind.

Grimes – She’s very different and she’s not afraid to experiment in her songs. I like the fact that she produces her own tracks from scratch.

Are there any German female singers who you feel aren’t receiving enough attention?

Madeline Juno – She is a singer-songwriter who plays piano and guitar. She sings both in German and English, which is quite rare. Check out her track “Waldbrand.”

What problems, if any, do you think women in the music industry are facing right now?

We still see some inequality when it comes to headliners in mainstream festivals, but I’m very happy to see more funding for Women In Music than ever before, and lots of encouragement from PRS to have more women in the music business, not just in the artist role.

Have you had any noteworthy fan experiences?

I’ve had fans flying over from Colombia to Germany just to watch my show, which I thought was very moving.

Where do you see yourself in five years’ time?

I see myself having released a few more albums and touring the world.

Pre-order NINA’s One of Us EP.