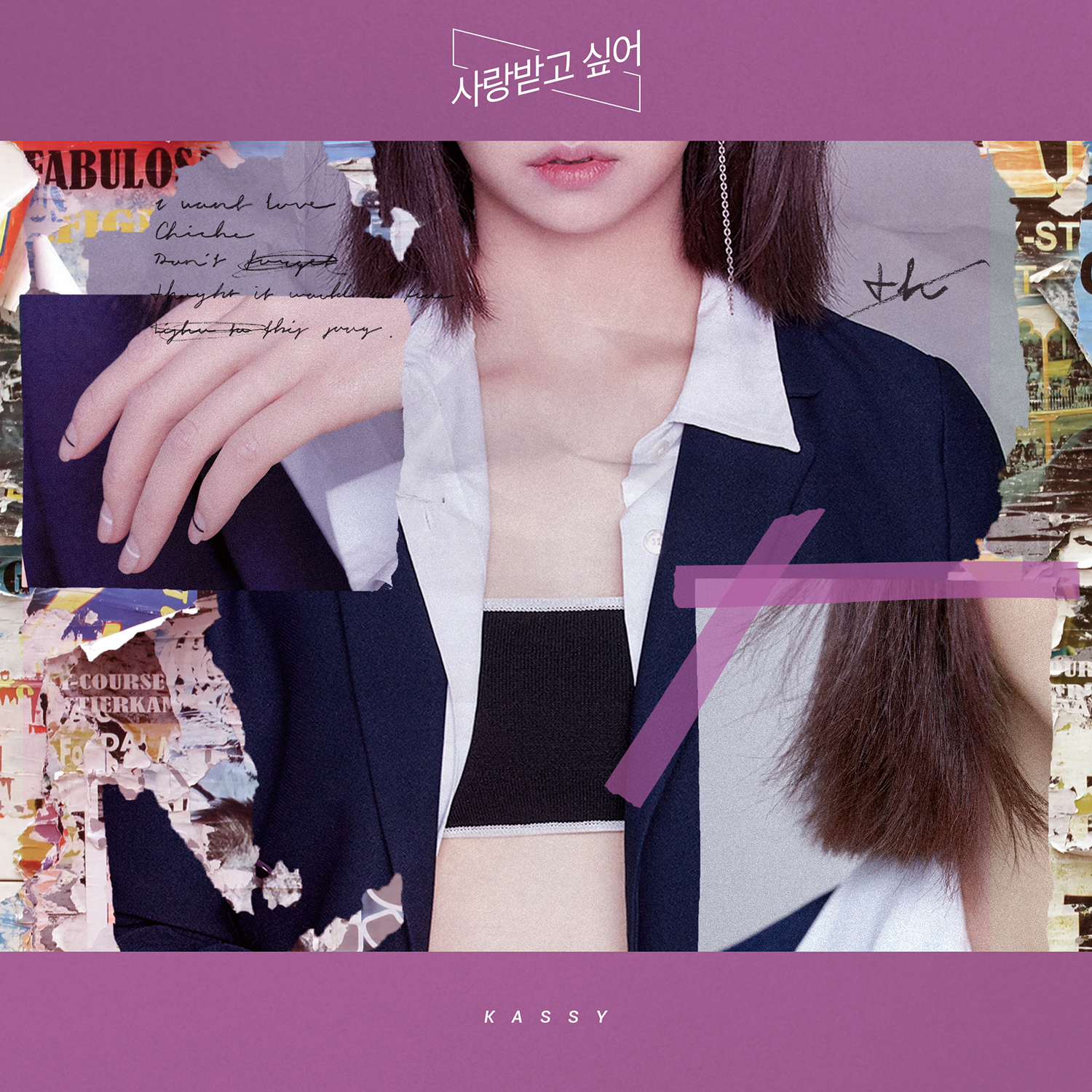 Kassy‘s debut mini album features five songs, and is named after its title track I want love; “I wanna be loved like before / When I used to overflow in your eyes / I long for those times / I’m trying to turn away from our break up” the 22 year old confesses in the lyrics, written by Kassy herself, over an orchestra-led subtle R&B dance track. The artwork for I want love (depicted above) has a great urban vibe to it, to match Kassy‘s metropolitan sounding music.

The MV to I want love sees a very distressed and lonely looking Kassy searching aimlessly through crowds for the love that she used to have, before ending up all alone in her bedroom. Tragic.

Kassy has also slayed the performances to I want love during her comeback stage with an effortlessly flawless vocal performance, matched with some super cute dance moves to really bring out I want love‘s elegancy:

The rest of I want love is stellar stuff too, with lots of mellow R&B, ‘coffee shop’ sounds, and lyrics mostly written by Kassy, demonstrating her skills as a songwriter. There’s also a very welcome addition of some polished rap verses, an homage to Kassy‘s time on Korea’s popular music TV showcase Unpretty Rapstar 3 in 2016, which is where the Cheongju native scored her first big break. Since appearing on the show, Kassy has steadily dropped bops after bops before the release of I want love, her first mini album.

Listen to I want love by Kassy on Spotify:

Listen to I want love by Kassy on Apple Music: