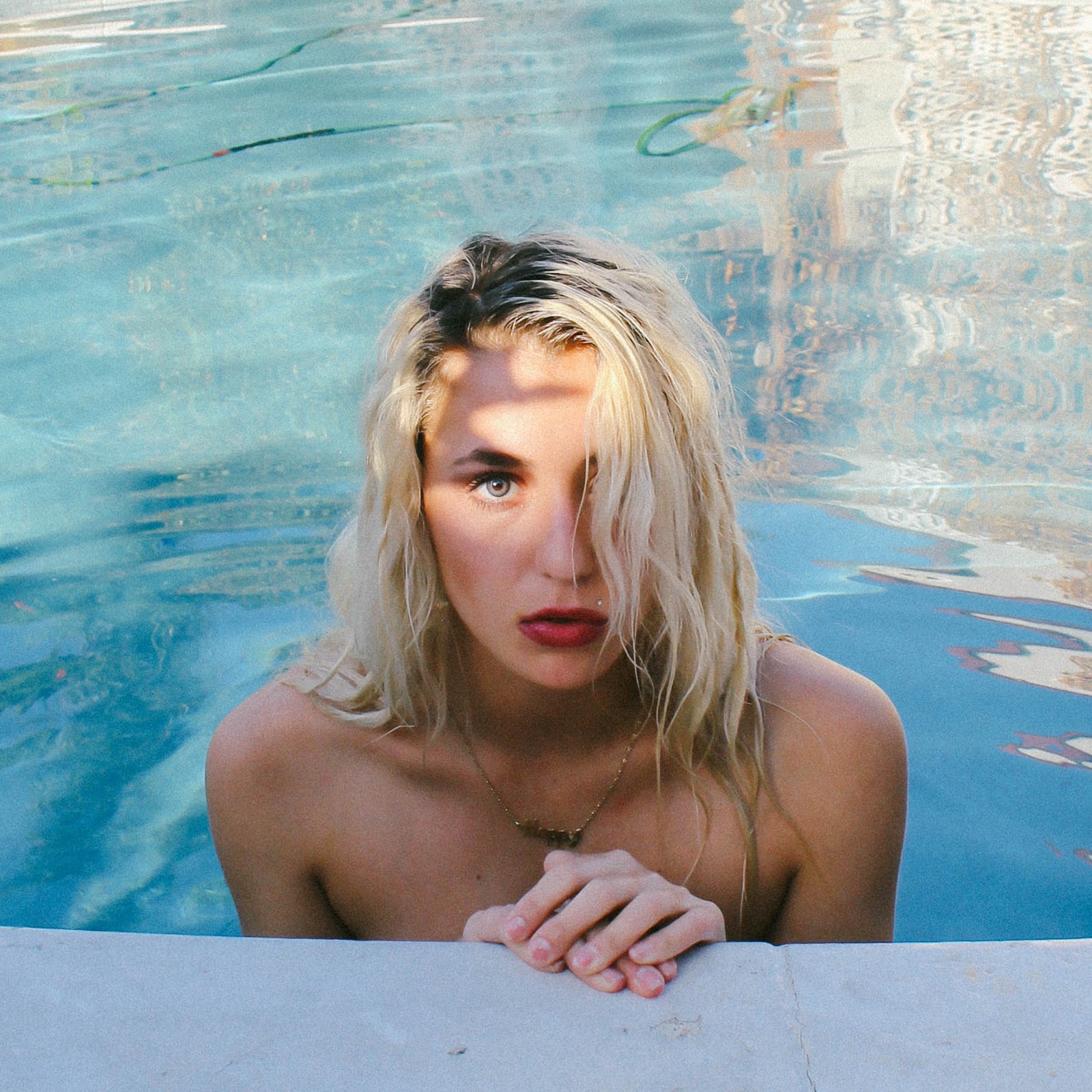 The aptly named Happy Sometimes (more on that later) is the latest of LA’s plethora of super woke ladies to reach my shore. The 21 year old spilled tea on her hedonistic new single “Love for the Weekend,” the anecdote behind her unusual stage name plus why she thinks people who don’t fit in are the “chosen” ones.

Where did the stage name Happy Sometimes come from? What does it represent?

Happy Sometimes came about when I was going through a phase of not really knowing who I was as Cara, but always being so sure of what I was feeling when I was writing music. Being an artist means you can be anyone you want to be and you can choose how you want others to see you. I never wanted to be seen as a character or gimmick, but I wanted a name that I could grow into as a person and as an artist throughout my career. The name Happy Sometimes actually came up by accident in conversation. [It] went like this…

Friend: “How have you been?”

Me: “Oh you know, crying over boys, sad all of the time.”

Friend: “You can’t be sad all the time.”

…and that was it. True story.

What is your message with the upcoming EP, Heartbreaker?

This EP is kind of an up-close-and-personal look into my life this past year. Growing up is hard and uncomfortable and naturally as a songwriter (or just any 22 year old underdeveloped human) you kind of throw yourself into those feelings and situations that force you to grow. I think the overall message is that it’s okay to embrace your feelings, good or bad, take chances, and make mistakes. Life is a crazy roller coaster and the future is never certain, but that’s what makes it fun right?

What do you want listeners to take away from your second single, “Love for the Weekend”?

“Love for the Weekend” is the most party anthem-y song on the EP. Most of my songs are super emotional and dig into a darker/grittier side of my life. Every song is a story/snapshot of an experience I’ve had and “Love for the Weekend” is kind of that moment I realized I am still so young and need to embrace that. At the end of the day, friends come and go, people change, shit happens, but sometimes you just need to let go, be young, and just have fun.

Where did the inspiration for the carefree attitude of “Love for the Weekend” rise from?

The attitude of the song came from the part of me that’s just trying to forget all the feels and have a good time. Weekends in LA are crazy and I was like, “If I don’t write about it, did it even happen?” lol

My creative process is just basically living my life and surrounding myself with people that inspire me. It gets me in trouble sometimes because those people aren’t always good for me but there’s always something to write about in all the chaos. I’ve always been super true to the idea of telling my story exactly as it happens.

Lorde, Amy Winehouse, Janis Joplin, Sia… All of these women are story tellers and stayed true to themselves and their music without limits.

One of my favorite female artists is AURORA. Her music/voice is the type that evokes pure emotion and that’s the kind of stuff that inspires me.

How do you feel about the representation of female musicians?

Hmm… I think a lot more things are accepted in our culture today. Nowadays women are becoming more powerful and respected than ever in the industry. There are a lot more female execs, producers, songwriters, and female artists who are doing it all themselves now. Whereas before in the pop world, you were kind of given a song to sing and told to go out on stage and be sexy. I think we are now given a lot more freedom and acceptance to do/say/act/dress however and whatever we want.

People (men and women) in this industry will try to shape/sexualize you [and] tell you what people ‘want to see from you’. I always admire those artists who give a middle finger to them and prove that you don’t need to be half naked or singing about certain things to be a huge success in pop music. They say sex sells but so does being a badass chick who doesn’t conform to society’s idea of that.

The most exciting thing about being in the industry is the ability to reach people and make change through music. Because of social media, and the fact that everything is so accessible now, it is a lot easier to do so. Streaming has become the main way people are digesting music. Without Spotify, Apple Music, etc. it would be a lot harder to get your music heard.

Do you have any advice or top tips for other female musicians?

My advice would be to never compare yourself to anyone. Everybody has a place to shine in the world and if you stay 100% true to yourself and your vision, people will listen.

As an artist I stand for girls and boys like me who never felt like they fit in or were accepted by people. I had a really hard time growing up and so many people doubted me and the things I believed I could do. The way I see it is that if you don’t fit in, you have been chosen to do something different. Whether you know what that is or not, just know that being different and standing out is the most beautiful gift you can be given. Be a leader [and] be fearless, because who you are is unlike anyone else, and if you stay true to yourself you can do ANYTHING.