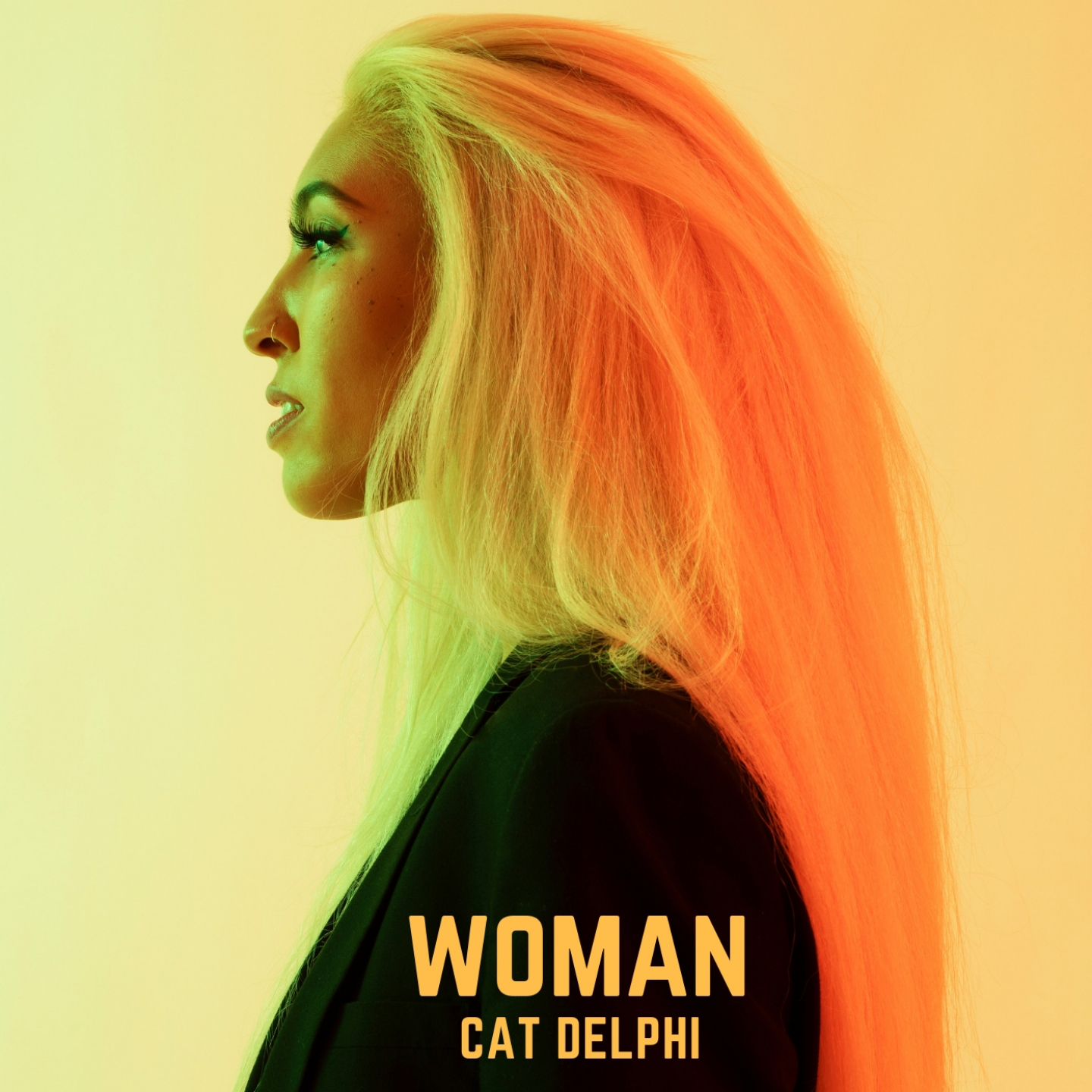 Previously nominated for Best Songwriter and Best Female Solo at the Best of British Unsigned Music Awards, and now with support from MOBO, BBC Introducing and Help Musicians UK, Cat Delphi has drawn a wide circle around the music industry.

Channelling her ambition, drive and passion in richly textured pop ballads, Cat makes the most of contemporary sounds and balances them perfectly with her skills on the keys and classically-trained tone.

At the release of her new EP Woman, a sensual and retrospective 4-track collection, SheBOPS caught up with Cat to talk beginnings, and righting the world’s wrongs.

SheBOPS: What drew you into R&B and who (or what) influenced your sound early on?

Cat: My earliest influences were actually Elton John and Billy Joel, then I massively got into classical music and studied that for most of my young life. I had the music of Alicia Keys, Billy Holiday & The Spice Girls blaring in my room as a kid – I’m a sucker for all music with a beautiful melody line!

As an artist, what do you stand for?

That’s a tough one! I just love making music that I hope people enjoy. I am totally imperfect and I’m totally ok with that, I sing about things that are important to me and if just one person resonates with that, then that’s bloody awesome!

You were one of the first ever recipients of the MOBO ‘Help Musicians Fund’. How has it supported you in your career?

MOBO and Help Musicians have been super supportive in the creative process. I don’t think I am a typical winner of such a fund as I have such a heavy classical influence, but I love mixing the different worlds together in my music. They have got me involved with BBC Introducing and been super supportive of the vision I wanted to create for this EP.

Your EP Woman was released earlier this month and you’ve said before it celebrates all women. Tell us a bit more about what drove you to create this record?

I have felt so inspired at how women from all over the world have come together and had their voices heard. So much change has happened through the power of social media. The fact is that every woman has a story, every woman has felt like the lesser sex at some point in her life. There has been this incredible journey over the years and now women are really being heard & taken seriously for what feels like the first time.

“I’m a woman, do you see me now?” closes out the EP’s title-track. Do you feel seen?

That line is not about me, it’s about every woman. It’s something every woman should say when they feel overlooked. It’s one of my favourite lines on the EP!

What issues do you think female artists are facing today?

To me it’s no different than what woman face in every work place. If they are too confident, they are seen as bossy or bitchy; if they don’t speak up enough, then they’ll be seen as a pushover. A lot of industries are male dominated; I think this is also the case in the music industry. If there’s a bunch of people in a studio, it’s more likely than not that you’ll be the only woman in the room, so you just have to push a little harder to get your voice heard. I’ve been fortunate to work with some absolutely lovely male producers and engineers in my time.

What frustrates you about the music industry, as a young female artist?

I don’t think it is quite diverse enough, but it’s definitely getting there! I have worked with countless male producers and only one female producer! I happened to get a cut with Sony France with that female producer (Sarah DeCourcy) so we felt pretty bad ass as a team!

How do you feel about the representation and portrayal of female artists? Is there anything you’d like to change?

Obviously the over sexualisation of female artists in comparison to males. This has always been the case. If a woman appears this way in a magazine or album cover, it should be because that’s her vision and it’s her choice to celebrate her body, not because someone is telling her to do it. It’s the music that should sell the records, not the body! I think you can tell the difference when an artist does it through her own integrity and when she’s simply being forced.

Do you think the music industry places a high value on physical appearance? How does it make you feel?

Yeah to some degree, I think that’s probably the same for both woman and men though. You have to have some kind of an image. Even Ed Sheeran rocks his ‘I don’t care, baggy jeans and T-shirt’ approach! I think since people have been speaking out on social media, there has been a shift and more artists are coming out that appear to not spend ages on their appearance, but have great music to showcase, that’s really exciting for it to finally be just about the music!

I’ll be doing some live shows in the next few months (will be announcing on my Facebook page) & I’m starting to write for my first album which is super daunting but exciting!!