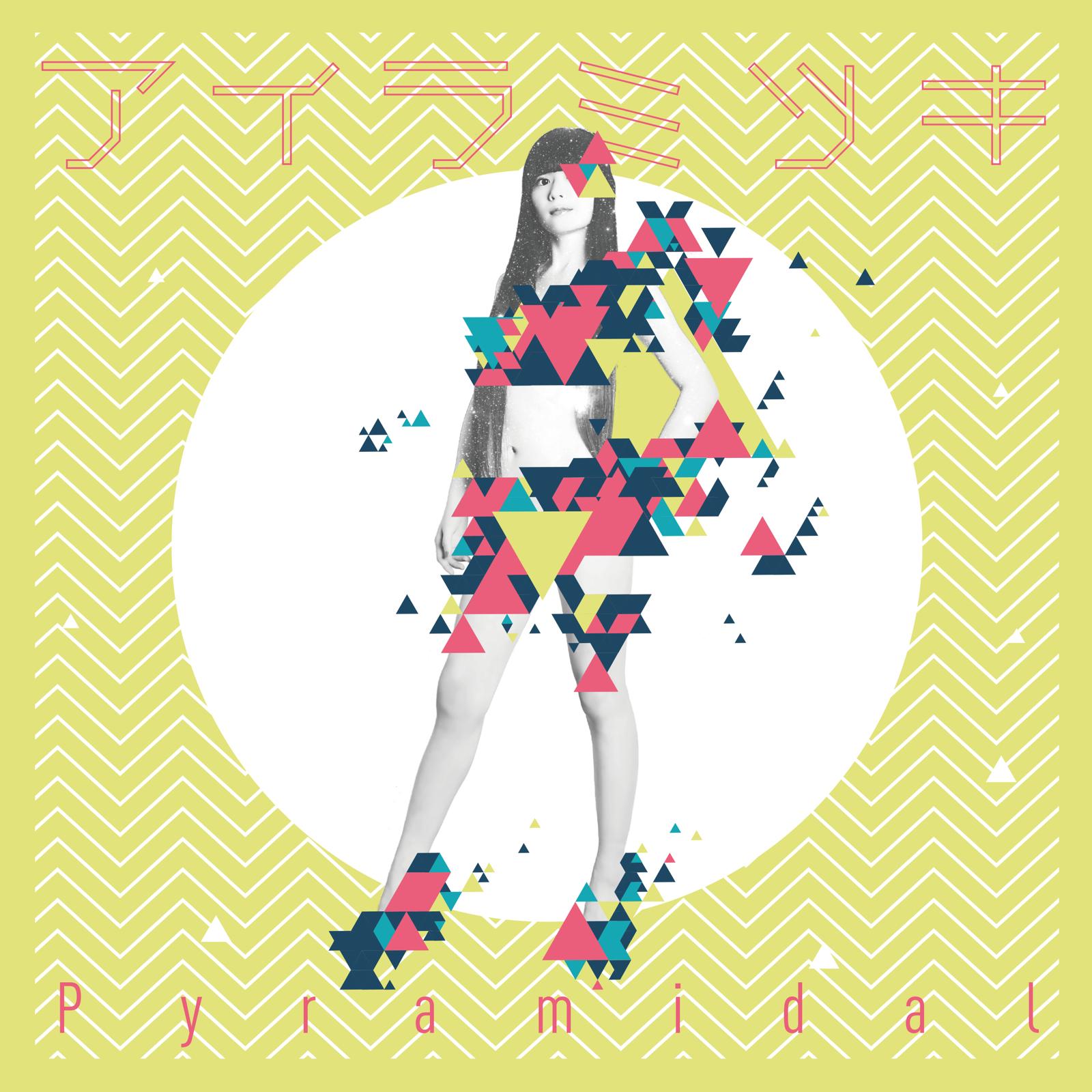 Ten years have passed and yet there can still be only one Aira Mitsuki.

Aira Mitsuki will be a familiar name to almost any J-pop fan circa 2008, as she was at the forefront of the J-electro wave gracefully chokeholding the Japanese music scene at the time. The genre’s plastic fantastic video game sounds, vocoder coated vocals and otherworldly neon visuals earmarked a truly iconic moment for Japanese music. Our electro diva’s humble beginnings consisted of building underground hype and releasing singles throughout 2007, eventually resulting in the release of Mitsuki’s first full-length record COPY a decade ago today. COPY was rapidly followed with three new singles in preparation for Mitsuki’s sophomore album PLASTIC in 2009; her third album ??? (Three Question) and first EP 6 FORCE made 2010 just as hectic for the emerging electro music star. Things were quiet following Mitsuki’s joint record x~PARK OF THE SAFARI with fellow J-electro queen Saori@destiny in 2011 and Mitsuki suddenly announced her hiatus two years after; I’LL BE BACK she declared on her fourth but not final album, depicted by typical Aira Mitsuki album artwork of a futuristic train taking flight into a new galaxy.

True to her word, Mitsuki began rolling out her reinvention in 2015 with two new singles and continued with two more in 2016. Those four new bops (‘LIGHTSAVER’, ‘Animo!’, ‘Days’ and ‘Detective A’) formed the skeleton for Pyramidal, Mitsuki’s heavily awaited comeback album which she unveiled in 2017. While Pyramidal‘s hard-edged electro sounds and laser beam melodies reminds fans exactly what drew them to Mitsuki a decade ago, the jagged pitch-bent synth samples of new cuts like ‘Dis&Co’ offer an innovative side to Mitsuki’s artistic development – perhaps that is one reason Pyramidal feels like the perfect title for Mitsuki’s reinvention record.

To commemorate Mitsuki’s career and the 10th anniversary of her debut album, we share this intimate and rare interview with the electro princess where we dive into Pyramidal, Mitsuki’s inspirations for her ‘extra terrestrial electro’ music and the answers she’s found since her debut.

SheBOPS: Pyramidal is your first album since your hiatus in 2013. Why did you feel the need to take a hiatus?

Aira Mitsuki: After publically announcing the end of “Aira Mitsuki”, I just needed those years to clear my mind. Although I would shift my focus on other experiences far from the musical field, I noticed that music was the only thing that made me feel excited. That’s the reason I restarted myself as “Aira”.

Why did 2017 feel like the right time to release your comeback album, Pyramidal?

In 2014-15 I began secretly preparing my reinvention and I was in contact with the producer Ize Mac, who ended up producing almost everything on Pyramidal. I’d respected his sound and just wanted to leave my next sound to him.

What is the overall theme of Pyramidal?

“Progress of electro” is the main theme.  To make a comeback only for nostalgic reasons was not enough for me.  By comparison with the tracks before 2013, I think Aira-sounds after 2015 were produced with more edgy and modernized dance tunes.

What was the biggest difference in terms of writing and recording Pyramidal with your previous albums?

I think choosing to be the executive producer is the fundamental one. From this perspective I could focus on, choose and execute what I truly liked for Pyramidal. That was a very big difference from my past works.

How did you stay inspired when creating Pyramidal?

I discovered and listened to other artists in any genre. Very simple.

What was the biggest challenge you faced when creating Pyramidal?

To exceed the previous “Aira Mitsuki”.

Do you have a favorite song from Pyramidal?

Originally, I like a hard-edged bass sound much more than soft pop ones, so I could say ‘Nabwa’ and ‘Pyramidal’ are my favorites. But those soft sounds like on ‘Chewing on Love’ are also another necessity to express who I am. Pyramidal needs both sides.

I describe your music as ‘extra-terrestrial electro’ – what inspires your unique, larger than life sound?

Haha okay I take that phrase as a positive compliment. In the past, I just focused on what music I really liked. But on this album Ize Mac may be a big influencer. I knew his electro band Nuxx through some events we happened to attend together and I became a big fan of the sound they played. My preference towards electro and techno-pop is very strong, but his sound broke the wall.

How do you feel about the representation of female musicians in Japan? Is there anything that you’d like to change for Japanese female artists?

Japan has many awesome female artists and I was one of children longing for them. I find mental strength behind the paths they’ve walked on. For that reason, I prefer “unchanged” to the word “change”.

As a woman, is there anything about the Japanese music industry that frustrates you?

Sometimes I hear that Japanese idols get an unfair deal. I’ve never been conscious of myself as a woman when I’m an artist, but there might be advantages as much as frustrations.

In particular young females are at the mercy of greedy adults. These girls become exhausted before establishing themselves. Of course, it can happen to young males too.

Saori@destiny. It is possible that Aira Mitsuki’s career might not exist anymore if I didn’t closely watch her revival as Saoriiiii. She’s the female artist I most respect.

How do you feel about female Japanese artists like Kyary Pamyu Pamyu, BABYMETAL and Perfume gaining major international exposure?

I really respect them too and Perfume is very special to me. I hope their activities will continue to spread further and make the strength of the Japanese female known around the world.

Do you have a special message for your international audience?

I feel that international fans may like my musical style more than Japanese ones. I’m really glad about it. I’m doing my music in my own way; maybe slowly, sometimes maybe suddenly. I’m very happy if you keep supporting me. Thank you!

Your debut album COPY was released ten years ago – how have you grown as an artist since then? Would you do anything differently in your career?

Since that time when I debuted in my teens, I gained a lot of experience. There were bad people and there were good people too. I learned the importance of having my own belief. You don’t wanna feel upset and anxious because of others, do you? Always be yourself, that’s the answer I found.

Do you have any advice or top tips for other female musicians, especially in the electro genre?

I feel there’s very few artists genuinely loving electro in Japanese female electro field. That makes me sad. You may want to become a singer, but electro may not be the right choice for you. If you wanna do electro: study its history, love it as a fan and think about how you can express the electro sound as yourself.  That’s my wish.

I don’t have any idea what other artists should do. To be an artist (not musician here) is to show what kind of person you are. I hope you see an unchanged essence in Aira Mitsuki.

What is the next step for Aira Mitsuki?

No specific plan now. I create my music when my heart wants to. That’s it. 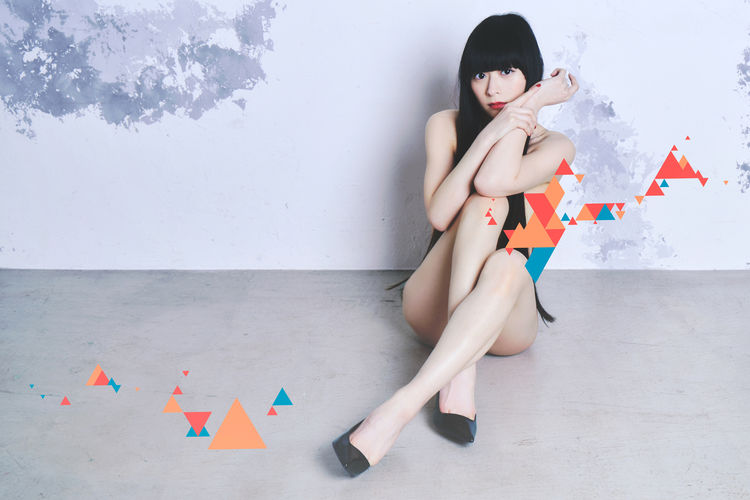